Target type of innovator: Early-stage start-ups with a proven concept and high potential to scale up, make a positive impact on the pace of energy transitions globally and bring value to European economies

In 2009, the European Institute of Innovation and Technology (EIT), an agency of the European Union established in 2008, launched the Knowledge and Innovation Community (KIC) InnoEnergy as one of the first three KICs selected for co-funding (from among 20 proposals) to “strengthen cooperation among businesses (including SMEs), higher education institutions and research organisations [and] form dynamic pan-European partnerships.” The KICs cover training and education programmes as well as thematic business acceleration programmes. As of 2022, there are eight KICs.

The consortium that was awarded the grant to run KIC InnoEnergy incorporated itself as “EIT InnoEnergy” to be able to act as a single legal entity with the strategic and financial outlook of a private company. EIT InnoEnergy’s mission is to help companies and innovators accelerate energy transitions by making energy more affordable, secure and sustainable, including as the recipient of an EU grant that covers up to 25% of the costs of operating KIC InnoEnergy. Its 26 shareholders represent a range of educational, research and business entities. It is also financed by other public European programmes as well as having its own resources, which it plans to increase through returns on its equity investments.

The EIT InnoEnergy Highway programme is one of the ways in which EIT InnoEnergy executes its commitment to support early-stage start-ups to make their technology-based businesses reach the market “bigger, sooner and safer”, for example by reducing the risk they present to customers and investors. This commitment is set out in the grant agreement with EIT (which governs EIT InnoEnergy’s EU public funding) and is met through a combination of funds that come directly from that EU grant, plus other sources and in-kind contributions from partner organisations. In addition to Highway, EIT InnoEnergy runs educational programmes for students and other learners, for which it receives some income from course fees. In 2017, the European Commission gave it a mandate to lead the European Battery Alliance, and it also supports other industrial value chains initiatives such as the European Solar Initiative and the Green Hydrogen Acceleration Center. Furthermore, it supports and invests in innovative companies beyond the Highway programme, some of which are more mature than Highway start-ups. For example, EIT InnoEnergy has invested since 2017 in Northvolt, a Swedish company seeking to scale up lithium-ion battery manufacturing in Europe that is now valued at over USD 10 billion.

Start-ups may apply to Highway at any time, and EIT InnoEnergy also scouts for relevant start-ups, including through referrals from contacts in its network. In 2018, a technology-specific call was used to attract innovators in the area of batteries for electricity storage in response to rising interest from the investment community and strong performance of battery-related start-ups already in the EIT InnoEnergy portfolio.

Innovators can apply to Highway before they incorporate a company. In such cases, EIT InnoEnergy can assist with incorporation.

Applicants, who can be located anywhere in the world, are selected for their potential future contribution to EU energy and economic objectives. However, to receive support measures that are funded via the EU public grant to EIT InnoEnergy, non-EU start-ups are assisted to establish EU subsidiaries. For example, Principle Power, initially a US-based developer of floating wind technology, was helped to establish a Portuguese subsidiary.

How support is made available and allocated

Recipients of Highway support receive dilutive equity investment (a minority stake) in exchange for acceleration support. The nature of the support services, including milestones and objectives, is detailed in a “roadmap” that is agreed after the signing of the Highway contract between the start-up and EIT InnoEnergy.

While many services are provided in-house or procured for start-ups, some support is provided to start-ups by transferring funds for the purchase of certain services or equipment identified in the start-up’s Highway roadmap. These “sub-grants” are public funds stemming from the EU public grant, and, while EIT InnoEnergy can allocate the funding at its discretion, they are nonetheless bound by public procurement rules. Therefore, the sub-grants may only be used by start-ups for technology development, equipment purchases, entrepreneurial skills training (for example, in sales, finance, pitching or negotiation, depending on needs) and team creation, including recruitment.

Through its partners, EIT InnoEnergy can facilitate access to research facilities or laboratories for technology development and testing for recipients of Highway support. These partners include universities that commit annually to making laboratories available to Highway start-ups or commit to providing laboratory access at a discount. For example, CorPower Ocean, a developer of wave energy devices, accessed KTH Royal Institute of Technology laboratories in Stockholm.

For start-ups in proximity to one of EIT InnoEnergy’s eight premises in the European Union or its one location in the United States (Boston, MA), office space can be provided.

Recipients of Highway support are provided with a tailored set of services that reflect EIT InnoEnergy’s investment case for each start-up and responds to the start-up’s needs. The services to be provided are in the roadmap. The support lasts two and a half years on average, a period that is longer than typical incubation programmes, in order to respond to the longer development times of clean energy hardware.

Recipients of Highway support benefit from access to the many connections managed by EIT InnoEnergy among more than 700 stakeholders from the education, research, industry and investor communities in Asia, Europe and the United States. Over more than ten years, a system has been developed for stakeholders to gain access to EIT InnoEnergy events, knowledge and talent (including students, graduates, start-ups and potential project partners) in return for making a contribution to the support provided by EIT InnoEnergy. The 26 EIT InnoEnergy shareholders are among these partners. The support is generally “in-kind support” and can include laboratory access, services (either free of charge to the start-ups or at a discounted price) or participation in advisory committees. The resulting network – a so-called trust-based, open innovation ecosystem managed by a private company – is a first of its kind.

EIT InnoEnergy organises an annual event, The Business Booster, to convene stakeholders. It has attracted over 1 000 attendees in past years and includes pitching competitions and other opportunities for start-ups to introduce themselves to investors and corporate representatives.

The aggregate impact of the Highway portfolio of start-ups is measured with the EIT InnoEnergy impact framework. This framework estimates economic, environmental and social impacts.

In total, EIT InnoEnergy screened over 5 000 start-ups, supported over 480 of them, and invested in over 250 between 2010 and December 2020. Participants in in the Highway programme represent a large share of investees, but not all. The 480 companies have collectively raised EUR 3.4 billion (USD 3.8 billion) in external funds, filed 269 patents, launched over 300 products and averaged 16 months to reach market after EIT InnoEnergy investment. More than nine out of ten of the companies are still active and four of them have launched initial public offerings. While two have been valued at over one billion dollars, the support they received from EIT InnoEnergy was not via Highway.

EIT InnoEnergy judges its experience with running a technology-specific call on the topic of batteries positively. In addition to meeting its objectives of raising the number of energy storage start-ups being screened, it complemented EIT InnoEnergy’s involvement in the European Battery Alliance. Technology-specific calls may be used again for Highway for similar aims, but such initiatives increase the administrative effort required and are not needed to ensure a sufficient and manageable flow of interest in Highway.

Since 2009, the situation for clean energy start-ups in Europe has improved dramatically, with much greater public and private attention being given to the topic. This has raised the dynamism of the investment market, which is now more highly capitalised. As a result, start-ups developing certain technologies – such as battery factories or biowaste converters – can navigate the early stages of growth without public support more easily. However, at the same time, the range of technologies that are considered for support has expanded considerably with a firmer European policy focus on the needs for net zero emissions.

EIT InnoEnergy has identified a range of issues that continue to hinder the success of start-ups participating in the Highway programme. It is working to address some of these through its own activities, including:

In addition, other issues sit further outside the control of EIT InnoEnergy, but if they were successfully addressed then this would complement Highway and make it more impactful. These include:

Experiences and learnings so far

The EIT also funds EIT Climate KIC, which provides grants, incubation, hackathons and prizes. One such initiative is Climate Launchpad, a competition run by an expansive international community.

The European Commission established the European Innovation Council (EIC) Fund in 2020 to allow direct equity and quasi-equity investments in “European high-impact and deep-tech start-ups and scale-ups” to be accepted into the EIC Accelerator. In 2021, the EIC prioritised applicants with Green Deal innovations for economic recovery.

This publication has been produced with the financial assistance of the European Union as part of the Clean Energy Transitions in Emerging Economies programme. This publication reflects the views of the International Energy Agency (IEA) Secretariat but does not necessarily reflect those of individual IEA member countries or the European Union (EU). Neither the IEA nor the EU make any representation of warranty, express or implied, in respect to the article's content (including its completeness or accuracy) and shall not be responsible for any use of, or reliance on, the publication.

The Clean Energy Transitions in Emerging Economies programme has received funding from the European Union’s Horizon 2020 research and innovation programme under grant agreement No 952363. 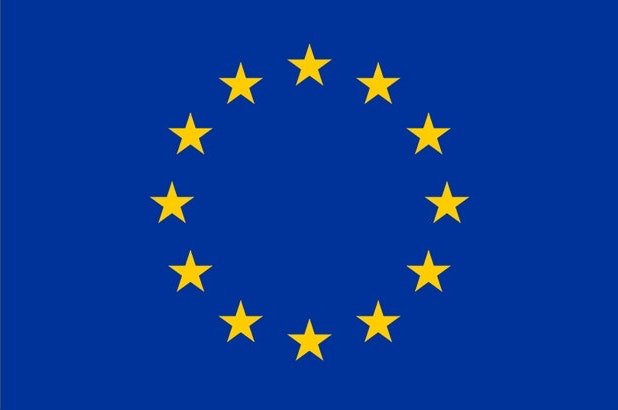