With Covid-19 creating an unprecedented global health and economic crisis, the energy sector, an essential backbone of modern life, is also greatly affected by the crisis. At the same time, the energy sector – and particularly energy efficiency – has a critical role to play in global and national stimulus packages.

In Energy Efficiency 2019 we reviewed the latest trends in the global energy efficiency market and national policy developments, enabling us to provide constructive policy insight on how governments can effectively incorporate energy efficiency into their stimulus programmes.

The report includes various country-specific analyses, but points in particular to energy efficiency progress in the People’s Republic of China, a major economy whose policy developments have huge implications for the global energy system. Drawing on this, and to reach a wider audience, the IEA together with the China Council for an Energy Efficient Economy launched an abridged Chinese-language version. The message is clear: China is excellently placed to apply its energy efficiency capabilities as part of a successful economic recovery plan.

One of the most notable achievements highlighted in Energy Efficiency 2019 is China’s continued leading role in the global energy service market. In 2018, Chinese energy service companies earned revenues totalling Chinese yuan (CNY) 117 billion (USD 16.4 billion), up 3% from 2017. However, compared with 2011‑15, when the average annual growth rate was over 25%, the market is expanding at a significantly slower pace. This reflects changes to the policy landscape and the diversification of business models and actors in the market. The remarkable development of energy service companies in China as well as other energy efficiency innovations can be attributed to China’s 2008 stimulus package in response to the global financial crisis.

In response to the global financial crisis in 2008, the Chinese government launched a stimulus package worth CNY 4 trillion (USD 585 billion), equivalent to 13% of China’s 2008 GDP. The measures were designed to sustain the rapid economic growth that China had been enjoying for many years, reaching 14.2% in 2007.

As reported by the World Wide Fund for Nature in 2010, around CNY 1.5 trillion, or 38%, of the stimulus package went directly to support government-led infrastructure development, such as road and rail. This consequently boosted energy-intensive industries like iron and steel, causing a sharp increase in energy demand. It is estimated that the stimulus package resulted in additional energy consumption of 113 million tonnes of coal over the following two years, equivalent to 260 million tonnes of carbon emissions – roughly equivalent to the annual emissions of Spain.

Energy conservation, pollutant emissions reduction and environmental projects received CNY 210 billion, around 5% of the package. More than CNY 40 billion of this was spent on energy efficiency, mainly supporting the Top Ten Energy Saving Projects.[1] This package is estimated to have saved around 19 million tonnes of coal consumption per year, roughly 14% of China’s total energy saving in 2010.

The 2010 WWF report also details how China’s stimulus proved effective in achieving the government’s objective of regaining economic growth. The country’s annual increase in GDP rose from 9.7% in 2008 and 9.4% in 2009 to 10.6% in 2010 despite sustained recessions in other countries. Besides stimulating the economy, measures such as expanding the national transport system and supporting energy efficiency and renewables provided many long-term socio-economic benefits that greatly enhanced the quality of life in China.

The increased investment in energy efficiency projects, for instance, spurred growth in the domestic market for energy efficiency services and equipment such as highly efficient boilers, electric motors and lighting. With financial institutions such as the Industrial and Commercial Bank of China increasing their investment in energy-saving programmes, the roll-out of similar stimulus funds boosted the credibility of investing in companies devoted to energy services. The government’s ambition to reduce China’s energy intensity by 20% between 2006 and 2010, achieved as part of the 11th Five-Year Plan, also fostered the rapid development of energy service companies in China. The country has since emerged as a major global player in the market for such companies.
[1] Initiated as part of the 11th Five-Year Plan (2006‑10), the projects included: upgrading inefficient coal-fired industrial boilers and furnaces, the regional cogeneration project, utilisation of residual heat and pressure, petroleum conservation and substitution engineering, energy conservation in motor systems, optimisation of energy systems (system conservation), energy-efficient buildings, green lighting project, energy conservation projects of government agencies, and energy-saving monitoring and technology service system construction.

Supported by energy service companies and other innovative measures such as digital energy labelling, China has made huge strides in energy efficiency over the last decade. It is an exemplary case for energy efficiency’s numerous benefits. IEA analysis shows that without energy efficiency gains since 2000, China would have used 20% more energy in 2018. Emissions of around 2.1 Gt of CO2 equivalent have been prevented – almost two-thirds of those of the European Union (EU-28) – as have additional fossil fuel imports of nearly 14%.

Taking just one example, the Shanxi Energy Efficiency and Environmental Improvement Project was implemented in 2016 to improve the energy efficiency of the province’s space heating. It created 25 000 additional jobs, installed central heating to 6.34 million m2 of floor space and provided 224 000 residents with reliable, stable heating services.

China’s clean energy achievements illustrate that the government has the capacity to formulate another successful economic recovery plan – one that not only boosts job creation and economic growth, but also accelerates the clean energy transition by harnessing the country’s impressive progress in energy efficiency.

This time, the government has indicated that it will concentrate on investing in new infrastructure that supports the country’s ambition to shift from a highly polluting, export-led manufacturing economy towards an advanced service-driven economy underpinned by high technology. The new goals include large data centres, 5G infrastructure and charging stations for new energy vehicles (battery electric, plug-in hybrid and fuel cell).

Some initiatives have already been launched. In February, China Unicom announced that it would accelerate the deployment of 250 000 5G base stations across the country by the third quarter of 2020 together with China Telecom. In April, the State Grid Corporation of China announced that it would invest CNY 2.7 billion (USD 383.5 million) in 2020 to build 78 000 new energy vehicle charging points. These are expected to spur expenditure on new energy vehicles worth CNY 20 billion. The government has indicated that it will continue to step up policy incentives for new energy vehicles to boost demand, including extension of the purchase tax exemption into 2022.

The government’s drive to shift to a high-tech economy aligns well with the special focus on digitalisation in Energy Efficiency 2019. It highlights digitalisation’s role in modernising energy efficiency and increasing its value. The IEA encourages this linking of digitalisation and energy efficiency. This combination should serve China well for a rapid recovery from Covid-19, as well as strengthening the upcoming 14th Five-Year Plan.

China’s experience also demonstrates the value of international collaboration and exhcnage on energy efficiency policy experience. China has shown leadership in international engagement, for example, in emphasising energy efficiency as part of its G20 presidency in 2016 and in becoming one of the founder members of the new Energy Efficiency Hub. Strengthened global engagement is one of the key recommendations recently published by the Global Commission for Urgent Action on Energy Efficiency, which also placed great emphasis on the positive role of energy efficiency in economic recovery. Global experience shows that delivering the benefits of energy efficiency requires strong policy action. When that action is taken, the positive economic, social and environmental impacts can be very significant.

China can formulate another successful recovery plan that not only boosts job creation and economic growth, but also accelerates the clean energy transition by leveraging energy efficiency developments

Since 2015, improvements in global energy intensity have been weakening each year. Energy Efficiency 2019 examines the reasons for this slowdown, which has major implications for consumers, businesses, governments and the environment. 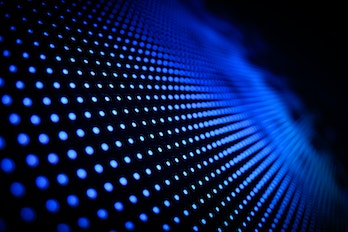