IEA member countries agreed on 1 April to make an additional 120 million barrels (mb) available from their emergency oil stocks over a six month period. This collective action, which is the largest in IEA history, comes on top of the 62.7 mb release agreed in March.

As shown in the table below, of the total 182.7 mb being made available from the two decisions, roughly three-quarters is coming from public stocks (government-owned or by specialised agencies) and the remaining quarter from the lowering of national stockholding obligations set on industry. Nearly 50 mb of this is in the form of oil products; a partial breakdown of these products is shown in the table based on currently available information. Member countries began releasing emergency stocks in March, following the initial IEA decision. And based on the 1 April decision, they will be releasing volumes over the period through to October, according to the specific stockholding system and market needs in each country. 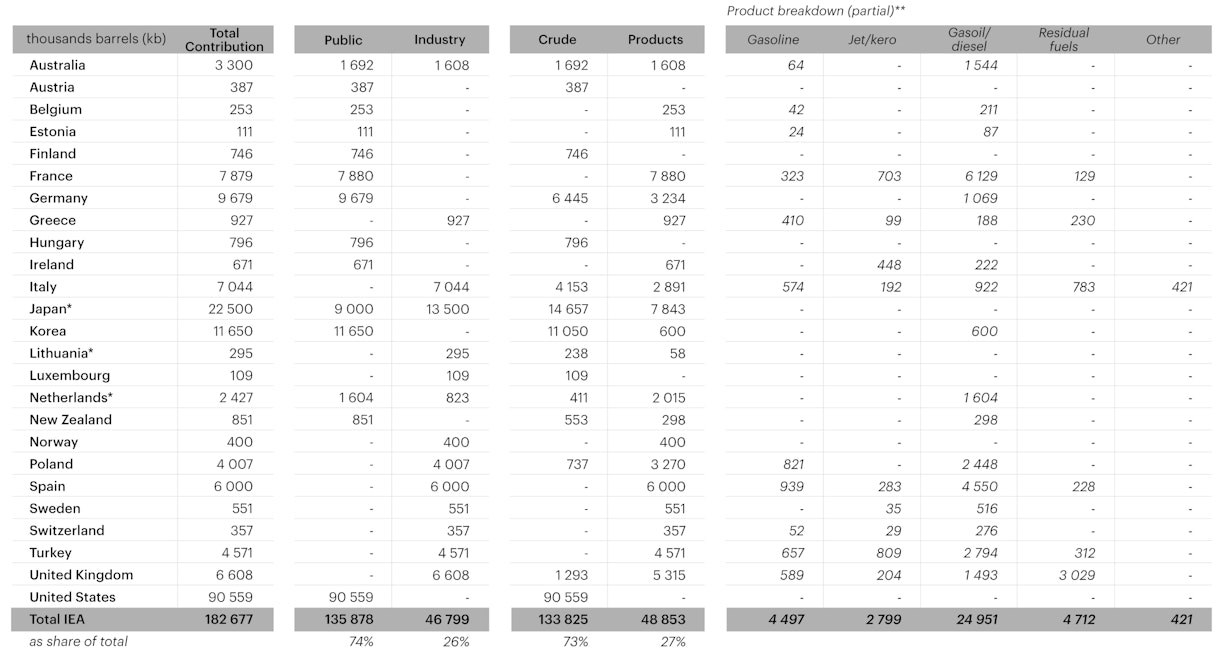