Belgium’s energy and climate policies push for energy transition through expanding renewable electricity generation and electrifying energy demand, especially for transport. Policies focus on maintaining affordable access to energy with the double aim of protecting vulnerable consumers and ensuring industrial competitiveness. All sectors have considerable work ahead of them to meet Belgium’s targets for increasing the share of renewables, lowering energy demand and reducing emissions. In this report, the IEA provides a range of energy policy recommendations to help Belgium smoothly manage the transition to an efficient and flexible carbon-neutral energy system.

Despite notable success in expanding wind and other clean sources of power, Belgium still requires strong and sustained efforts to reduce its use of fossil fuels, cut carbon dioxide (CO2) emissions and lower its reliance on energy imports, according to a new policy review by the International Energy Agency.

Since the IEA’s last in-depth review of Belgium’s energy policies in 2016, the country has become a major player in offshore wind. In 2021, Belgium had the sixth highest offshore wind capacity in the world, a major accomplishment given the country’s small and busy territorial waters. This output will continue to grow following recently announced steps to further accelerate and expand offshore wind deployment. Belgium is also working with other North Sea countries to develop a combined offshore electricity grid.

Belgium has also displayed a strong commitment to international cooperation, working with the Netherlands, Germany and France to ensure the security of natural gas supply as production is phased out at the Netherlands’ Groningen field, which once supplied around half of Belgium’s gas. Belgium is several years ahead of schedule on investments in its gas network that are needed to support the Groningen phase-out.

However, Belgium’s greenhouse emissions have declined only marginally in recent years. Though the government’s Long-term Strategy for Energy and Climate aims to put the country on a path aligned with the climate goals of the Paris Agreement and the European Union, it does not include a clear target for national climate neutrality by 2050. The IEA report recommends that Belgium should update its long-term strategy to include a clear commitment and path to 2050 climate neutrality.

“Belgium has shown leadership on clean energy transitions – not only through its impressive deployment of offshore wind power but also by punching well above its weight in international cooperation efforts,” said IEA Executive Director Fatih Birol. “In the years ahead, an unwavering focus will be needed to drive a sharper decline in emissions, notably by shifting the country’s energy system towards a broad portfolio of clean, secure and affordable sources of energy.”

Belgium has so far made limited progress on reducing its reliance on fossil fuels, with government estimates suggesting demand may increase through 2030 at least. In 2020, oil accounted for 46% of total energy demand, followed by natural gas (27%), and a small share (3%) from coal. While renewables’ share has doubled in the past decade, they still only accounted for 13% of total energy demand in 2020. Besides wind, that growth was also driven by increased use of bioenergy for industry, heating and transport.

Belgium plans to phase out most nuclear electricity generation by 2025, raising concerns over its electricity security and greenhouse gas emissions. Nuclear has often accounted for almost half of annual electricity generation, and the phase-out is likely to lead to greater use of gas-fired generation and increased emissions. In light of Russia’s invasion of Ukraine, the Belgian federal government decided in March to take the necessary steps to extend 2 gigawatts of nuclear capacity by ten years and to introduce a EUR 1.2 billion package to accelerate energy transitions and protect consumers from high energy prices. These measures include plans to further accelerate and expand offshore wind deployment; incentives for solar panels, heat pumps and electric vehicles; and temporary reductions in excise duties and VAT for some energy products.

Belgium’s economy was badly hurt by the Covid-19 pandemic, with GDP contracting by more than 5% in 2020. More than half of Belgium’s EUR 5.9 billion economic recovery plan contributes to the country’s climate and energy goals, with funding for sustainable mobility, energy efficiency, offshore wind and renewable-based hydrogen.

Electrification is a key aspect of any energy transition, and it is being held back in Belgium by tariff structures that significantly increase the cost of electricity. In some regions, heating homes with electricity is 50% more expensive than with natural gas or fuel oil, even though electric heating is more efficient and less polluting. There is also a need for increased market competition to reduce prices, which requires more efforts to remove barriers so that new companies and innovative services can enter the market.

Current trends raise concerns over energy security and emissions, with most nuclear power generation due to be phased out by 2025, calling for a major clean energy push

Belgium’s energy and climate policies push for energy transition through expanding renewable electricity generation and electrifying energy demand, especially for transport. Policies focus on maintaining affordable access to energy with the double aim of protecting vulnerable consumers and ensuring industrial competitiveness. All sectors have considerable work ahead of them to meet Belgium’s targets for increasing the share of renewables, lowering energy demand and reducing emissions. In this report, the IEA provides a range of energy policy recommendations to help Belgium smoothly manage the transition to an efficient and flexible carbon-neutral energy system. 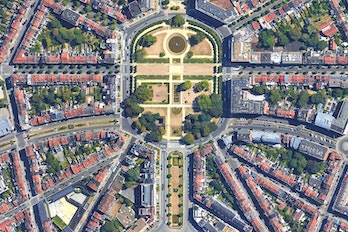