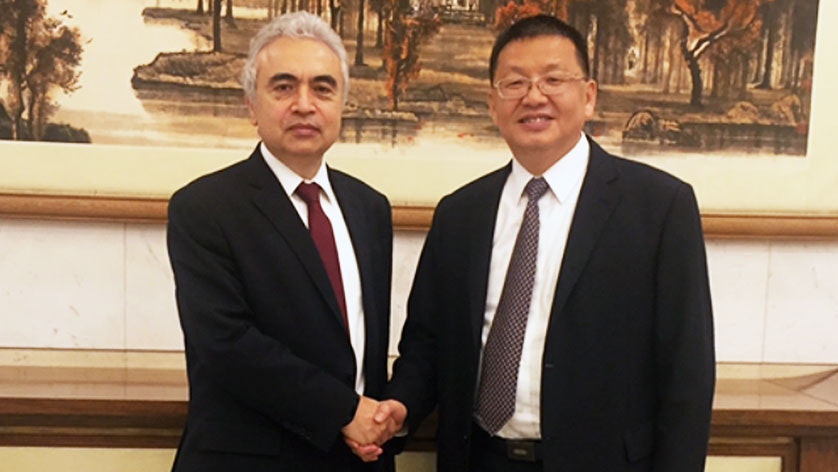 BEIJING – Dr Fatih Birol, the International Energy Agency’s Executive Director, visited Beijing on 16 and 17 May where he met with senior government officials, gave a keynote speech and launched a major new report on China’s gas market.

During the visit, Dr Birol met with Zhang Jianhua, China’s Energy Minister, with whom he discussed cooperation with the IEA, including on gas market design, oil security and the integration of renewables.

In a separate meeting with Wang Zhigang, China’s Minister of Science and Technology, Dr Birol discussed support for research on hydrogen and carbon capture, utilisation and storage, as well as the importance of investment in innovation.

While in Beijing, Dr Birol delivered the keynote speech at the International Forum on Clean Power Technology, and met with the Chairman of China Energy Investment Corporation. He also presided over the launch of a new IEA report on reforming China’s gas market, which will aid the country’s clean energy transition.

“Few countries have as much impact on global energy markets as China,” Dr Birol said. “The IEA has a longstanding and constructive relationship with many partners who are working to bring about a cleaner, more efficient and secure energy system.”

China joined the IEA Family as an Association country in 2015 as part of the Agency’s modernisation agenda to open the door to the world’s largest economies. The IEA’s cooperation with China includes joint work on integration of renewables, power and gas market reform, energy efficiency, modelling and transition scenarios, oil security and energy statistics.