Hungary’s transition to clean energy can enable it to achieve greater energy security and independence as it navigates the supply challenges that Russia’s invasion of Ukraine has created for countries across Europe, according to a new in-depth policy review by the International Energy Agency.

Hungary has a strong starting point for its energy transition thanks to rapid growth of solar PV and a solid base of nuclear power. But it still has considerable work ahead to achieve its objectives for emissions reductions and energy sovereignty.

Since the IEA’s last in-depth energy policy review in 2017, Hungary has increased its climate ambitions. In 2020, it became one of the first countries in Central Europe to put a carbon neutrality goal for 2050 into law and presented a long-term National Clean Development Strategy the following year. Hungary is aiming for 90% of its electricity generation to come from low-carbon sources by 2030.

However, Russia’s invasion of Ukraine has created a new set of energy security challenges in Europe. In response to the current global energy crisis, Hungary declared a state of energy emergency in July 2022 that allowed the government to increase domestic gas and coal production, secure additional gas imports from Russia and increase the output of the Mátra coal power plant. The government is also considering extending the lifetime of the four reactors at the country’s Paks nuclear power plant, which guarantees almost 50% of Hungary’s electricity supply.

“Prioritising energy efficiency and renewables is a pragmatic approach that aligns with Hungary’s energy and climate goals in the short term and the long term. It can avoid increases in both fossil fuel imports and emissions,” said IEA Executive Director Fatih Birol as the IEA released the report today.

Attila Steiner, Hungary's State Secretary for Energy and Climate Policy, said: “Hungary has a strong commitment to renewables. As the next step, the government's priority is to upgrade the national grid to be capable of integrating the rapidly growing electric capacity generated by weather-dependent energy sources. However, to guarantee supply security and reach our ambitions climate goals, it is imperative to maintain or even increase our reliable and emission-free nuclear capacity as well.”

As a landlocked country, Hungary is today heavily reliant on Russia for natural gas, oil and nuclear fuel imports and new nuclear investment. The IEA review calls on Hungary to reduce fossil fuel consumption and diversify its energy sources towards a broader portfolio of renewables by drawing on the considerable potential of its wind and geothermal energy resources as well as extending the lifetime of existing reactors, where safety permits.

At the same time, Hungary should make the best use possible of its energy market interconnections, which it has significantly increased in recent years, to get energy supplies from diverse routes, sources and suppliers. The IEA report highlights that Hungary has a critical role to play in the major task of improving Central and Eastern European countries’ links to regional gas storage sites and new LNG terminals elsewhere in the European Union.

The IEA report recommends that the Hungarian government adopt additional targets and policies to lower fossil fuel consumption, increase energy efficiency and promote investment in clean energy technologies, skills and jobs. Paying close attention to ensuring a fair transition, including providing adequate support for people and communities associated with the Mátra coal plant, will be crucial to secure a smooth phase-out of coal.

“A stronger focus on investment in clean energy technologies is critical,” Dr Birol said. “Hungary has a huge opportunity to develop hydrogen for industrial sectors. Continued investment in developing its solar PV, geothermal and wind resources will allow Hungary to reduce its reliance on natural gas and coal in both heating and power generation. Hungary possesses the technologies it needs to advance its transition toward a clean and more secure energy system, which in turn will improve regional energy security.”

Hungary has increased its climate ambitions by legislating a carbon neutrality goal for 2050 and adopting a long-term vision with the National Clean Development Strategy, which guides energy policy decision making. Hungary has a strong starting point with considerable low carbon generation, and the government has an ambitious target of 90% clean electricity by 2030. Alongside nuclear energy, a diverse renewable energy portfolio and greater power system flexibility for the integration of high shares of solar PV are critical. The country needs to lower fossil fuel consumption, increase energy efficiency and promote investments in clean energy technologies and human resources to deliver a just and inclusive transition. In this report, the IEA provides energy policy recommendations to help Hungary effectively manage the transformation of its energy sector in line with its goals. 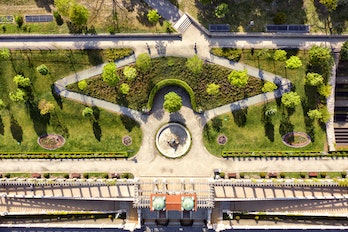