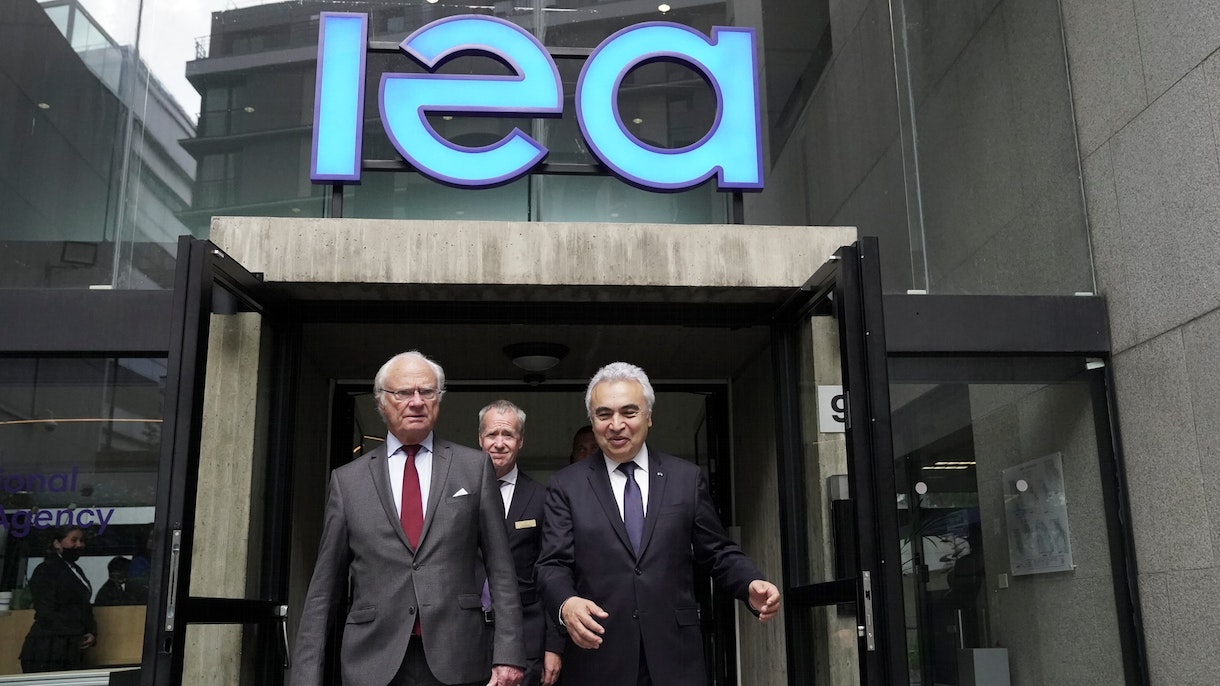 King Carl XVI Gustaf of Sweden today led a high-level delegation of officials, academics and business leaders on a visit to the IEA’s headquarters in Paris where they discussed the emerging global energy crisis and the importance of clean energy technologies with IEA Executive Director Fatih Birol and other senior figures from the Agency.

The King’s visit was part of the Royal Technology Mission organised by the Swedish Sovereign and the Royal Swedish Academy of Engineering Sciences. This year’s visit to France and Germany is on the theme of energy transitions and digitalisation, with a focus on the research and development of new technologies.

After introductory remarks by Mr Wallenberg, Dr Birol delivered a speech on global energy markets, the clean energy transition, and the implications for economies, geopolitics and technology, which was followed by an open discussion. Sébastien Treyer, Executive Director of the Paris-based policy research institute IDDRI, then gave a presentation on French industrial policy, and Alain Bécoulet, Head of Engineering at the ITER project, spoke about nuclear fusion. After the larger discussion, King Carl XVI Gustaf, Mr Wallenberg and Dr Birol had a brief meeting during which Dr Birol thanked the King for awarding him Sweden’s Order of the Polar Star in 2013.

Sweden has been a member of the IEA since the Agency’s founding in 1974. The Swedish government’s recent involvement in key IEA activities includes chairing the 2017 IEA Ministerial Meeting.