As a resource-rich country on the leading edge of many clean energy technologies, Norway is uniquely well placed for the clean energy transition and now needs to advance strategies to tackle emissions in sectors where they are hardest to reduce in order to meet its ambitious climate targets, according to a new in-depth policy review by the International Energy Agency.

Since the IEA’s last policy review in 2017, Norway has remained a global pillar of energy security with its ample reserves of oil and gas produced in an environmentally responsible manner. Norway is a significant and reliable international supplier, exporting close to 90% of its energy production.

“I commend Norway’s efforts to boost its near-term oil and gas production in response to Russia’s invasion of Ukraine, helping to stabilise global supplies, especially to its European neighbours,” said IEA Executive Director Fatih Birol, who is launching the report today with Terje Aasland, Norway’s Minister of Petroleum and Energy. “At the same time, Norway is  leading efforts to reduce greenhouse gas emissions from oil and gas production, especially through the electrification of offshore platforms.”

Norway has updated its already ambitious climate targets with plans to reduce greenhouse gas emissions by 90-95% from 1990 levels by 2050, excluding carbon sinks. The country’s robust carbon pricing system, under which 85% of domestic emissions are either covered by the European Union Emissions Trading System or subject to a carbon tax, provides a solid basis for delivering this goal.

Nonetheless, the report finds that Norway has considerable work ahead to meet its ambitious targets. Since the country has substantially electrified its energy demand and has already cut emissions from power generation to nearly zero, thanks to abundant hydropower, many of the easy wins for reducing emissions have already been achieved. The remaining reductions will be more complex, challenging and costly, notably in transport and industry.

The report notes that Norway’s existing energy sector expertise can help it achieve a successful energy and climate transition. If the right policies are put in place, Norway is well placed to decarbonise a wide range of sectors through technologies such as electric vehicles, hydrogen, and carbon capture, utilisation and storage. Norway is already a leader in carbon capture, and its impressive Longship project, which encompasses two full-scale capture facilities and one storage facility in the North Sea, will further help to advance this technology for the world.

“I believe Norway has an important opportunity to show the world how to undertake complex emissions reductions, an issue all countries will need to face,” said Dr Birol. “I hope this report will help Norway navigate its own path toward a low-emissions society and help lead the world on advancing low-carbon technologies.”

Norway has remained a global pillar of energy security, providing the world with stable supplies of oil and gas produced in an environmentally conscious manner. However, Norway has considerable work ahead to meet its ambitious targets to reduce greenhouse gas emissions. Its electricity generation produces nearly zero emissions already and the country has substantially electrified its energy demand. The remaining reductions will be more complex, challenging and costly, notably in transport and industry. Norway has many natural advantages to facilitate a successful energy and climate transition. In this report, the IEA provides energy policy recommendations to help Norway effectively manage the transformation of its energy sector in line with its goals. 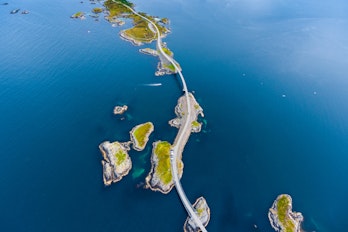