World oil markets are rebalancing after the Covid 19 crisis spurred an unprecedented collapse in demand in 2020, but they may never return to “normal”. Oil 2021, the IEA’s latest medium-term outlook, explains why.

World oil markets have rebounded from the massive demand shock triggered by Covid-19 but still face a high degree of uncertainty that is testing the industry as never before, according to a new IEA report.

The forecast for global oil demand has shifted lower, and demand could peak earlier than previously thought if a rising focus by governments on clean energy turns into stronger policies and behavioural changes induced by the pandemic become deeply rooted, according to Oil 2021, the IEA’s latest annual medium-term market report. But in the report’s base case, which reflects current policy settings, oil demand is set to rise to 104 million barrels a day (mb/d) by 2026, up 4% from 2019 levels.

“The Covid-19 crisis caused a historic decline in global oil demand – but not necessarily a lasting one. Achieving an orderly transition away from oil is essential to meet climate goals, but it will require major policy changes from governments as well as accelerated behavioural changes. Without that, global oil demand is set to increase every year between now and 2026,” said Dr Fatih Birol, the IEA’s Executive Director. “For the world’s oil demand to peak anytime soon, significant action is needed immediately to improve fuel efficiency standards, boost electric vehicle sales and curb oil use in the power sector.”

Those actions – combined with increased teleworking, greater recycling and reduced business travel – could reduce oil use by as much as 5.6 mb/d by 2026, which would mean that global oil demand never gets back to where it was before the pandemic.

Asia will continue to dominate growth in global oil demand, accounting for 90% of the increase between 2019 and 2026 in the IEA report’s base case. By contrast, demand in many advanced economies, where vehicle ownership and oil use per capita are much higher, is not expected to return to pre-crisis levels.

On the supply side, the heightened uncertainty over the outlook has created a dilemma for producers. Investment decisions made today could either bring on too much capacity that is left unused or too little oil to meet demand. Only a marginal rise in global upstream investment is expected this year after operators spent one-third less in 2020 than planned at the start of the year.

In the IEA report, the world’s oil production capacity is projected to increase by 5 mb/d by 2026. At the same time, the historic collapse in demand has resulted in a spare production capacity cushion of a record 9 mb/d that could keep global markets comfortable in the near term.

To meet the growth in oil demand to 2026 in the IEA report’s base case, supply needs to rise by 10 mb/d by 2026. The Middle East, led by Saudi Arabia, is expected to provide half that increase, largely from existing shut-in capacity. The region’s expanding market share would mark a dramatic shift from recent years when the United States dominated growth. Based on today’s policy settings, US supply growth is set to resume as investment and activity levels pick up, yet any increase is unlikely to match the lofty levels seen in recent years.

“No oil and gas company will be unaffected by clean energy transitions, so every part of the industry needs to consider how to respond as momentum builds behind the world’s drive for net-zero emissions,” said Dr Birol. “Minimising emissions from their core operations, notably methane, is an urgent priority. In addition, there are technologies vital to energy transitions that can be a match for oil and gas company capabilities, such as carbon capture, low-carbon hydrogen, biofuels and offshore wind. In many cases, these can help decarbonise sectors where emissions are hardest to tackle. It’s encouraging to see some oil and gas companies scaling up their commitments in these areas, but much more needs to be done.”

The global refining sector is struggling with excess capacity. Shutdowns of at least 6 mb/d will be required to allow utilisation rates to return to normal levels. Meanwhile, China, the Middle East and India continue to drive new capacity growth. As a result, Asian crude oil imports are forecast to surge to 27 mb/d by 2026, requiring record levels of Middle Eastern crude and Atlantic Basin production to fill the gap.

The petrochemical industry will continue to lead demand growth, with ethane, LPG and naphtha together accounting for 70% of the forecast increase in oil product demand to 2026. Gasoline demand may have peaked, though, as efficiency gains and the shift to electric vehicles offset mobility growth in emerging and developing economies.

Demand for aviation fuels, the area that was hardest hit by the pandemic, is forecast to gradually return to pre-crisis levels. But a shift to online meetings and conferences – along with persistent corporate efforts to cut costs and hesitation by some citizens to resume leisure travel – could permanently alter travel trends.

Based on today’s policy settings, global oil demand is set to rise every year through 2026, IEA report says, but stronger policies and behaviour changes could bring a peak in demand soon

World oil markets are rebalancing after the Covid 19 crisis spurred an unprecedented collapse in demand in 2020, but they may never return to “normal”. Oil 2021, the IEA’s latest medium-term outlook, explains why. 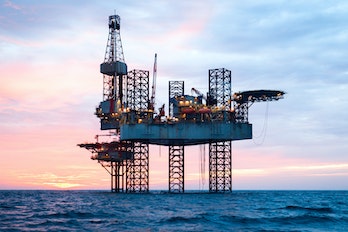