Turkey has made solid progress in recent years in improving the security and diversity of its energy supplies but should also pay close attention to the sustainability and longer-term carbon footprint of its energy sector, according to a new policy review by the International Energy Agency.

Since the previous IEA in-depth review of Turkey in 2016, market reform and energy security have remained the guiding principles of the government’s energy policy. Rapid economic and population growth in the past two decades have not only driven strong growth in energy demand but also an increase in import dependency, especially for oil and gas.

As a result, Turkey has emphasised security of energy supply as one of the central pillars of its energy strategy. This includes efforts to expand domestic oil and gas exploration and production – which received a significant boost from the recent discovery of the giant Sakarya gas field in the Black Sea –and to diversify oil and gas supply sources and infrastructure.

Turkey has also sought to strengthen the security of its energy supply by increasing production of renewable energy and reducing energy consumption through increased energy efficiency. Auctions, in particular, have proven successful in driving down costs and increasing investments in renewables. The planned commissioning of Turkey’s first nuclear power facility in 2023 will further diversify the country’s low-carbon fuel mix.

“Turkey has seen significant diversification of its energy mix in the past decade. In particular, bolstered by a supportive policy environment, renewable energy has grown impressively, led by hydropower, solar and wind,” said Dr Fatih Birol, the IEA Executive Director, who is launching the report today with Dr Alparslan Bayraktar, Turkey’s Deputy Minister for Energy and Natural Resources.

Turkey’s renewable capacity grew by 50% over the last five years. In 2019, Turkey had the fifth highest level of new renewable capacity additions in Europe and the 15th highest in the world. The IEA report notes that Turkey can achieve even stronger growth in renewables – especially solar, wind and geothermal – given its considerable resource endowment. Its rich potential for expansion of renewables is not limited to electricity generation but is also relevant in the heating sector. Notably, Turkey uses only an estimated 3% of its solar and 15% of its onshore wind potential.

For Turkey to establish a modern and competitive economy, the report highlights that the government should pay close attention to the sustainability of its energy sector and its longer-term carbon footprint. In particular, Turkey should reconsider the role of lignite-based power generation in a low-carbon future. It will be equally important to direct industrial policy to take into account the growing momentum behind global clean energy transitions. This can take the form of further promoting innovation in areas such as electric vehicles, energy storage and digital technologies.

Turkey has already made significant progress on liberalising energy markets in the last decade, successfully improving predictability and transparency in pricing. However, additional reforms to make gas and electricity markets more competitive will help mobilise the investments needed by these sectors, including for clean energy technologies.

“Turkey has achieved impressive results in the past decade in liberalising its energy markets, boosting the role of renewables and improving its energy security. I hope this report will help inform Turkish policy makers’ decisions as they look to navigate the next phase of the country’s energy development in the most cost-effective, secure and sustainable way possible,” said Dr Birol.

Efforts to boost production and accelerate energy efficiency will help Turkey achieve its energy security goals, but it should consider its longer-term emissions trajectory too, IEA report says

Market reform and energy security have remained the guiding principles of Turkey’s energy policy. The new report highlights that the government should pay close attention to the sustainability of its energy sector and its longer-term carbon footprint to establish a modern and competitive economy. 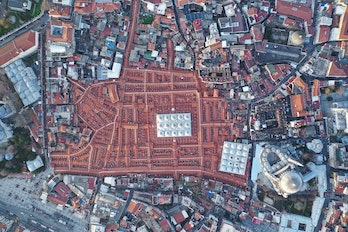 The clean energy economy is gaining ground, but greater efforts are needed now to get on track for net zero by 2050