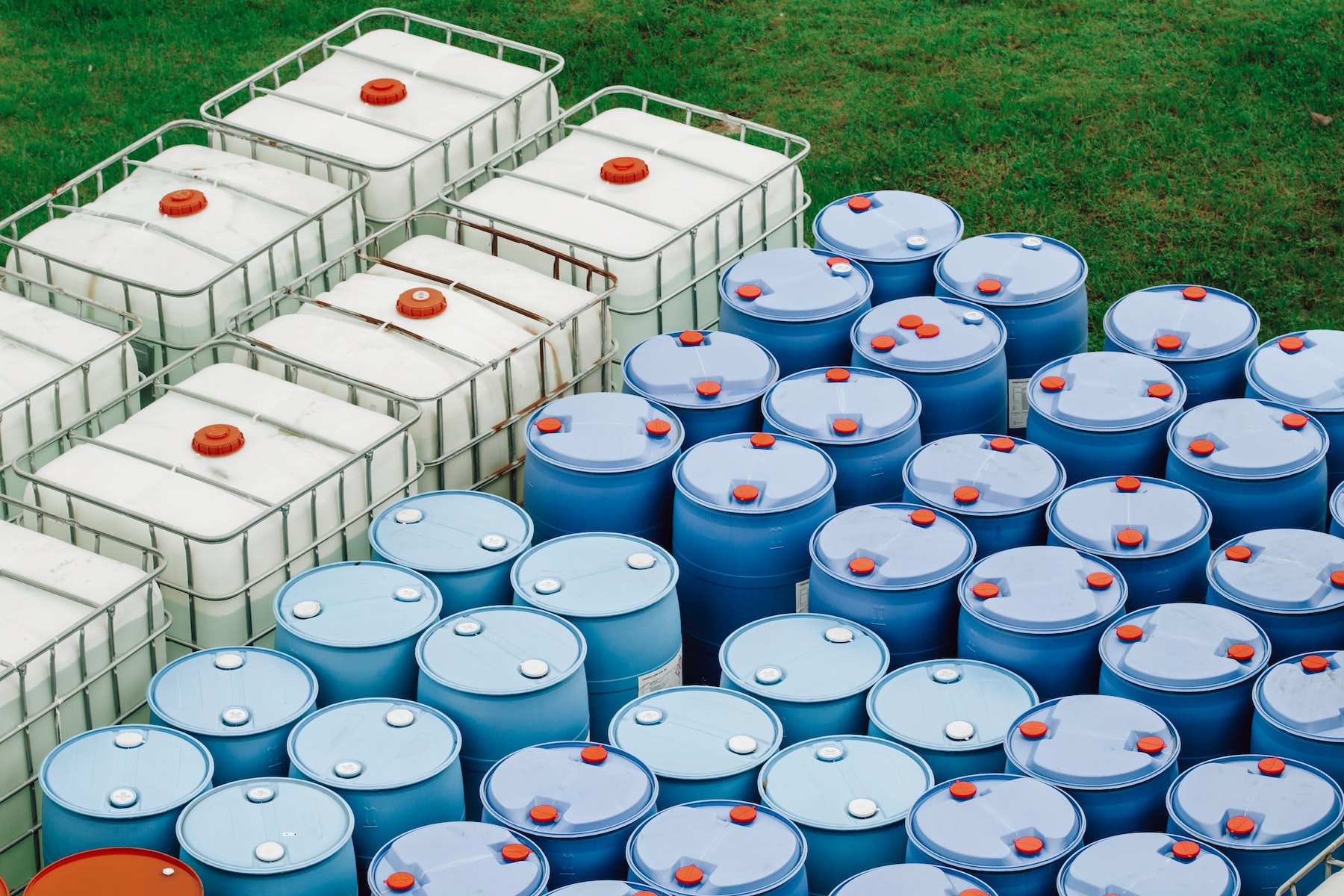 Carbon capture and utilisation refers to a range of applications through which CO2 is captured and used either directly (i.e. not chemically altered) or indirectly (i.e. transformed) into various products. Around 230 Mt of CO2 are currently used each year, mainly in direct use pathways in the fertiliser industry for urea manufacturing (~130 Mt) and for enhanced oil recovery (~80 Mt). New utilisation pathways in the production of CO2-based synthetic fuels, chemicals and building aggregates are gaining momentum. By 2030 the current project pipeline shows that around 5 Mt of CO2 could be captured for synthetic fuel production. While this level of deployment is not far from the 7.5 Mt of CO2 used in synthetic fuels production in 2030 in the Net Zero Scenario, half of announced projects are at early stage of development and will likely require further support to proceed towards operation.

CO2 use does not necessarily lead to emissions reduction. Climate benefits associated with a given CO2 use depend on the source of the CO2 (natural, fossil, biogenic or air-captured), the product or service the CO2-based product is displacing, the carbon intensity of the energy used for the conversion process, how long the CO2 is retained in the product, and the scale of the market for this particular use. The use of low-carbon energy is particularly critical for CO2 use in fuels and chemical intermediates, as these processes are highly energy-intensive. In the Net Zero Scenario, as fossil fuel use declines, the value of CO2 displacement ultimately decreases and all of the CO2 used needs to be sourced from biomass or the air to achieve climate benefits.

CO2 use can bring important climate benefits, but with caveats

While some CO2 use could bring substantial climate benefits, the relatively limited market size for these applications means dedicated storage should remain the primary focus of carbon capture, utilisation and storage (CCUS) deployment. In the Net Zero Scenario, over 95% of the CO2 captured in 2030 is geologically stored, and less than 5% is used. With a retention time in the order of millions of years, building aggregates are the only CO2 use application that could qualify as permanent sequestration, in contrast with fuels and chemicals, which typically retain the CO2 for one year and up to ten years respectively.

CO2 use can play a role, but does not replace geological storage

Around 80 Mt CO2 per year are used for enhanced oil recovery and 30 Mt CO2 per year for direct use in food and beverage production and yield-boosting in greenhouses. Plans are underway for around 20 commercial capture facilities (> 100 000 Mt CO2 per year) targeting CO2 use, mainly in fuels, chemicals and building aggregates. Ten of these projects have been announced since the start of 2021 alone. Around 5 Mt CO2 per year by 2030 could be captured for synthetic fuels production by 2030, which is almost on track with the 7.5 Mt CO2 used in synthetic fuel production in 2030 in the Net Zero Scenario. Projects are however likely to require further support to proceed, with half of the project pipeline still at early stage of development.

CO2 use represents a potential source of revenue for industrial emitters. Up to 1 Mt CO2 per year could be captured from industrial sources in Germany for methanol production as part of the HySCALE100 project, and CRI is developing three CO2-to-methanol projects in China and Norway at petrochemical and ferrosilicon plants.

Importantly, an increasing share of commercial synthetic fuel projects are planning to source part or all of their CO2 from biogenic sources or from the air to be carbon neutral:

For building aggregates, CO2 captured from cement plants can be carbonated into cementitious materials, which can further decarbonise concrete production. Mineral carbonation companies Calix and Fortera have large-scale projects in development with Heidelberg Cement in the United States, Germany and Norway.

While a limited number of large-scale capture facilities plan to send all the captured CO2 for use, a number of smaller-scale CCU facilities planning to source the CO2 from nearby industrial emitters are also under development:

One of the main innovation priorities is reducing the energy need to convert CO2 to fuels and chemicals, through advanced conversion routes such as CO2 electrolysis and plasmosis, and solar-based thermochemical conversion. In building materials there is also a need for long-term trials of CO2-cured concrete in structural applications to demonstrate its reliable performance.

Smaller-scale CO2 use opportunities can also support the demonstration of novel CO2 capture routes, such as membranes and direct air capture. These early demonstrations can contribute to refining and reducing the cost of technologies for CCS and CO2 use and support the future deployment of both.

The extensive use of hydrogen and CO2 for conversion into fuels and chemicals would require the deployment of large-scale transport infrastructure, including pipelines and, in some places, terminals, ships and trucks. A shared or multi-user transport network would benefit individual CO2-using companies, especially small ones, as it delivers economies of scale and provides access to hydrogen and CO2 sources that are not necessarily located close to demand. Further benefits could be achieved by combining CO2 transport for use in products and for geological storage, especially as part of future CO2 hubs and clusters in areas with emission-intensive industries. For example, Vestforbraending plans to start capturing 500 000 t CO2 per year for fuel production in 2025, as part of the Carbon Capture Cluster Copenhagen (C4) hub.

Mandates and public procurement for low-emission products, low-emission standards and tax credits are supporting the development of CCU projects:

Support for research and development (R&D) and demonstration can play a key role in the deployment of promising CO2-derived products and services that are scalable, provide climate benefits and have good prospects to become competitive over time. For example, the EU Horizon 2020 programme, US Department of Energy Carbon Use and Reuse R&D portfolio, national R&D programmes on CO2 use, and the Chinese 13th Five-Year Plan sector strategies have been key to supporting CCU development. At the international level, Mission Innovation funding has offered opportunities to expand R&D on CO2 use. In addition to conversion technologies, R&D and demonstration is needed across other parts of the value chain, such as CO﻿2 capture technologies and low-carbon hydrogen production.

The increasing interest in CO2 conversion technologies is reflected in the growing amount of private and public funding that has been channelled to companies in this field. In particular, corporate goals and quotas for low-emission fuels and materials are boosting CO2 use for sustainable aviation fuels and building materials. Over the past decade, global venture capital investments for CO2 use start-ups has reached nearly USD 1 billion. Lanzatech, which uses biological conversion of CO2 into fuels, raised over USD 500 million since its creation in 2005, and is now valued at USD 2.2 billion. In North America, the NRG COSIA Carbon XPrize, which supports the development of novel CO2 use opportunities with a USD 20 million global competition, selected building materials companies CarbonCure and CarbonBuilt to receive a USD 7.5 million prize.

Governments have also allocated resources to deployment or have pledged to do so in the future. In 2021 the UK government announced a GBP 180 million funding package to support the design and construction of sustainable aviation fuel plants in the UK. Governments in Canada, Japan, the United Kingdom and the United States, as well as the European Commission, are also providing significant RD&D support for CO2 use. In the Netherlands, the sustainable energy transition subsidy scheme (SDE++) is being used to develop an advanced methanol plant in Amsterdam.

There is a need for robust life cycle analyses based on clear methodological guidelines and transparent datasets to inform policy decisions. International standards and best practice guidelines need to be put in place for consistent and transparent accounting across jurisdictions.

The use of CO2 in building materials for non-structural applications, such as roads and floors, is one such opportunity, as is its use in polymers and plastics. The certification of polymers and the revision of waste regulations to allow conversion of waste into building materials are warranted, provided their environmental integrity can be assured.

Identify and enable early market opportunities for CO2 use that are scalable, commercially feasible and can deliver emissions reductions

Public procurement guidelines can create an early market for CO2-derived products and assist in the establishment of technical standards and specifications. The procurement guidelines should be underpinned by a robust framework for emissions accounting and measurement, reporting and verification to ensure climate benefits are actually achieved. Environmental labelling can help support the market uptake of CO2-based products, but clear taxonomy must be used for transparency (e.g. not confusing carbon avoided and carbon negativity) to maximise climate benefits

Trials are required to demonstrate reliable performance and gain broader acceptance for these products, in particular in markets for structural materials that have to support heavy loads, for example in high-rise buildings. If trials are successful, close collaboration between government and industry is needed to update and extend existing product standards and codes.

Invest in R&D, demonstration and innovation for future applications of CO2 use