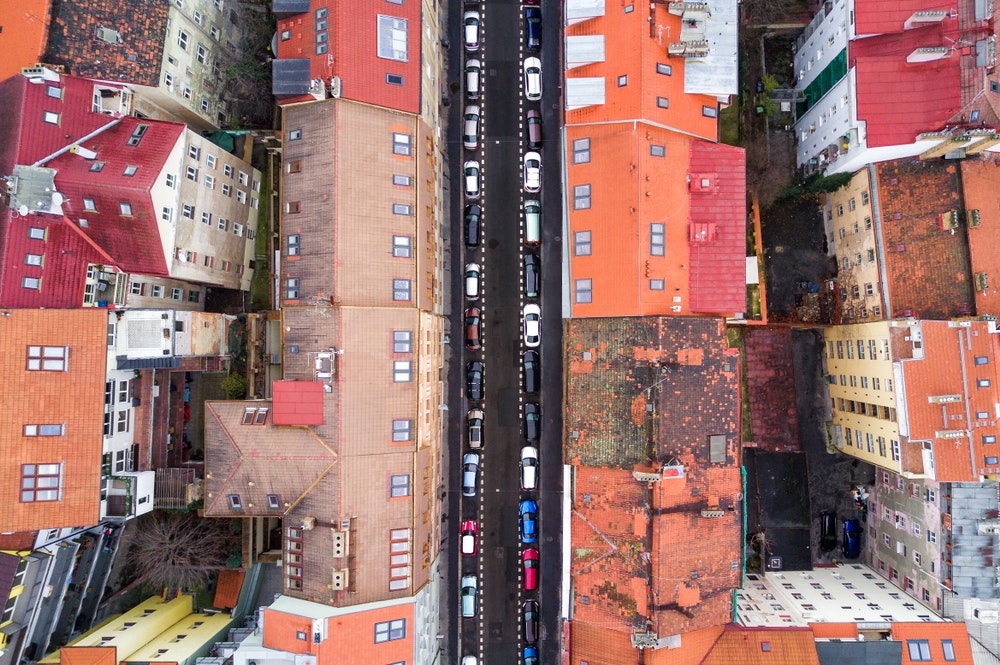 Fossil fuels, notably coal, still dominate the energy and electricity generation mix of the Czech Republic, but new climate targets at the European level will make coal less and less competitive. Therefore, the question is no longer if, but when, coal will exit the country’s energy mix. To boost investor confidence and ensure adequate electricity generation up to 2030 and beyond, the government will need to establish a firm pathway for phasing out coal. The phase-out of coal use and mining also poses important economic and social challenges, which the government is currently addressing by providing support for the economic restructuring and fair transformation of mining areas.

Although the Czech Republic has decoupled economic growth from energy consumption since 2009, the country’s energy intensity remains above the IEA average. This highlights the need to make energy efficiency the “first principle” of energy policy making.

This report includes a series of recommendations to support the Czech Republic’s efforts to tackle these challenges and to meet its energy and climate goals.
This is an extract, full report available as PDF download
Download full report

A key challenge of the Czech Republic’s energy sector over the next decade is to prepare for the phase-out of coal from the energy mix. As the country’s only domestic fossil fuel, coal has been and still is a key energy source in the Czech Republic. In 2019, it accounted for one-third of total energy supply, 46% of electricity generation and over 25% of residential heating. The role of coal in total energy supply (TES) declined by 19% from 2009 to 2019, primarily driven by reduced coal-fired power generation that was replaced by natural gas, bioenergy, nuclear and solar photovoltaic (PV). Coal still accounts for half of total domestic energy production, despite a 36% decrease since 2009.

Renewables do not yet play a major role in TES in the Czech Republic, although their share has increased by 71% since 2009, reaching 16% of total final energy consumption (TFEC) in 2019, mainly driven by bioenergy. Renewables accounted for 22% in heating and cooling, 14% in electricity generation, and less than 8% in transport in 2019.

The transport and building sectors drove growth in final energy consumption, while demand from industry declined. Overall, total final consumption has increased by 2% since 2009.

After declining noticeably from 2005 to 2015, the Czech Republic’s total greenhouse gas emissions have been relatively stable, and more efforts are needed to reach the 2030 target of reducing emissions by 30% compared to 2005 levels. To note, however, that energy-related emissions decreased by 14% between 2009 and 2019, reflecting the reduced role of coal in the energy sector.

Looking forward, the government is revising the country’s energy policy and related legal and regulatory framework. This in-depth review and its recommendations are intended to contribute to the development of the new State Energy Policy (SEP) and related policies and measures.

The Czech government is studying options of how and when to phase-out coal from its energy mix. For this purpose, the government established a Coal Commission in 2019 that delivered its recommendations in December 2020. It recommended phasing out coal by 2038 at the latest. The government has not yet decided when coal will be phased out and has requested that the Coal Commission analyse options for and the implications of an earlier coal phase-out.

In its recommendation for a phase-out by 2038, the Coal Commission projects that initially coal would be replaced largely by natural gas generation, while the share of renewable sources would increase to 25%, largely in line with the SEP of 2015 and the country’s National Energy and Climate Plan (NECP) of 2019. Nuclear capacity would become the single largest generation source if coal were to be phased out in 2038, as new nuclear capacity would become available in 2036. For comparison, according to the NECP, coal would still account for 38% of electricity generation in 2030.

In the heating sector, coal would eventually be replaced by a combination of fuels; a specific heating strategy is currently being prepared. For comparison, the NECP sees coal as still being the dominant source of centralised heat production in 2030, with a share of 47%, down from 55% in 2018. The European Union’s (EU) new climate ambitions for 2030 and 2050 and the upcoming changes to the EU Emissions Trading System are expected to accelerate the coal phase-out, regardless of the government’s decision concerning which year coal will be phased out. Coal-fired power and heat generation will become less competitive, in addition to stricter air pollution limits set by the EU for power plants as of 2021.

Hence, an earlier phase-out of coal than that recommended by the Coal Commission in 2038 is conceivable purely based on economic considerations. The Czech Republic is not well placed to substitute coal-fired capacity on short notice other than by importing electricity, as there is currently no new large generating capacity of any kind under construction, or in the pipeline. Any new capacity additions to 2030 are likely to come from smaller renewable installations and decentralised sources.

Independent studies show a potential for around 7 gigawatts (GW) of solar photovoltaic (PV) capacity in 2030 and 1.6 GW of wind power, which combined could contribute 15% of total generation in the same year, compared to 3.6% in 2019. However, the renewables shares for 2030, in both the SEP and the NECP, appear to lack ambition to harvest this potential, with just 4 GW of solar PV and just under 1 GW of wind power. The government is encouraged to undertake a thorough review of the potential of each alternative fuel and to plot pathways of how best to exploit them.

For the renewable potential to materialise, the Czech Republic needs to establish a legal and regulatory framework that would enable new business models, such as energy communities and prosumers. The IEA encourages the Czech Republic to swiftly move forward with the implementation of new framework conditions.

Phasing out coal from the energy mix

The phase-out of coal and coal mining in the Czech Republic poses important economic and social challenges. Coal mining is an important sector for the regions’ employment and economy. The energy transition cannot be successful unless it is supported by the people.

In recognition of these challenges, in 2015 the government launched the “RE:START Programme” as a comprehensive framework for the restructuring and fair transformation of the concerned mining areas. The Czech Republic is hence well placed to leverage the funding to be provided under the European Just Transition Fund, which can be used, among others, to retrain coal miners and power plant workers.

The Czech Republic has progressed notably in terms of energy efficiency measures since the IEA’s last in-depth review in 2016. The government has deployed an increasing number of public financing programmes, in particular in the building and industry sectors. The IEA welcomes the recently launched public awareness campaign to increase the knowledge about the depth and extent of available support programmes and to ensure full uptake of the programmes.

This uneven treatment of fuels inside and outside the ETS is of particular concern in the heating sector, where district heating (DH) systems supply over 40% of all households in the country and where coal accounts for 60% of fuels used. Smaller DH systems and individual heating systems using fossil fuels are taxed less than large, co-generating systems, and therefore the share of those larger DH systems has been shrinking in recent years. The government should develop long-term plans for the decarbonisation of DH systems, for instance by promoting large-scale heat pumps. Well-designed large district heating systems can provide heat in a more efficient way, as they are typically based on co-generation plants that ensure a high utilisation of primary energy sources, and with less local pollution than individual systems.

The IEA therefore welcomes that the Czech Republic acted upon a recommendation from the last in-depth review to study the feasibility of introducing a carbon tax outside of the ETS, and for using the revenues to stimulate switching to cleaner fuels and enticing energy efficiency upgrades. The study’s comprehensive analysis supported the introduction of a carbon tax, but also highlighted the regressive nature of such a tax, which would have the greatest impact on poorer households. Consequently, the government decided not to act upon the recommendations put forward in the study, but kept the option open for later.

The IEA still sees scope for the Czech Republic to make better use of carbon price signals to reduce CO2 emissions by steering behaviour towards the use of less carbon-intensive fuels and higher energy efficiency. The idea of such a carbon tax is not to increase the overall tax burden, but to tax different fuels according to their externalities and to shift consumer behaviour. The government could consider redirecting a certain portion of the carbon tax revenues to consumers, either directly as cash transfers to poorer households or as subsidies, for example for energy efficiency and decarbonisation of heating sources.

In the period to 2030, the Czech Republic will have access to various EU funding schemes intended for green investments. Combined with technical and implementation advice, those funds may help increase investments in energy efficiency, renewable energies and in best available technologies in the industry sector.

The Czech Republic produces only 3% of its crude oil and 1% of its natural gas consumed and imports the rest. The Czech Republic has been in compliance with the IEA’s obligation to hold oil stocks since 2004. As of end-December 2020, the Czech Republic held oil stocks equivalent to 125 days of net imports, including commercial stocks. There is no emergency stockholding obligation on the Czech oil industry and all emergency stocks are owned by the government. At times of minor supply disruptions, the refineries have called on the government to release emergency stocks to avoid curtailing operations, which indicates that industry operational stocks are rather low.

Given its geographical location, the Czech Republic is an important gas transit hub in Central and Eastern Europe. It has a resilient gas system due to its large gas storage capacity and multiple interconnectors with reversible capacity. Its technical capacity to withstand the failure of the single largest infrastructure component is close to four times the legislative requirement. This will increase even further once the ongoing transmission system expansions are completed after 2021.The Czech gas system has substantial gas storage capacity, with 3.3 billion cubic metres (bcm). Once the ongoing expansion projects are completed in 2022, the country’s total storage capacity available will be almost 4 bcm. This is almost half the current annual gas consumption of the Czech Republic, a rather high ratio compared to other countries.

The government of the Czech Republic should: