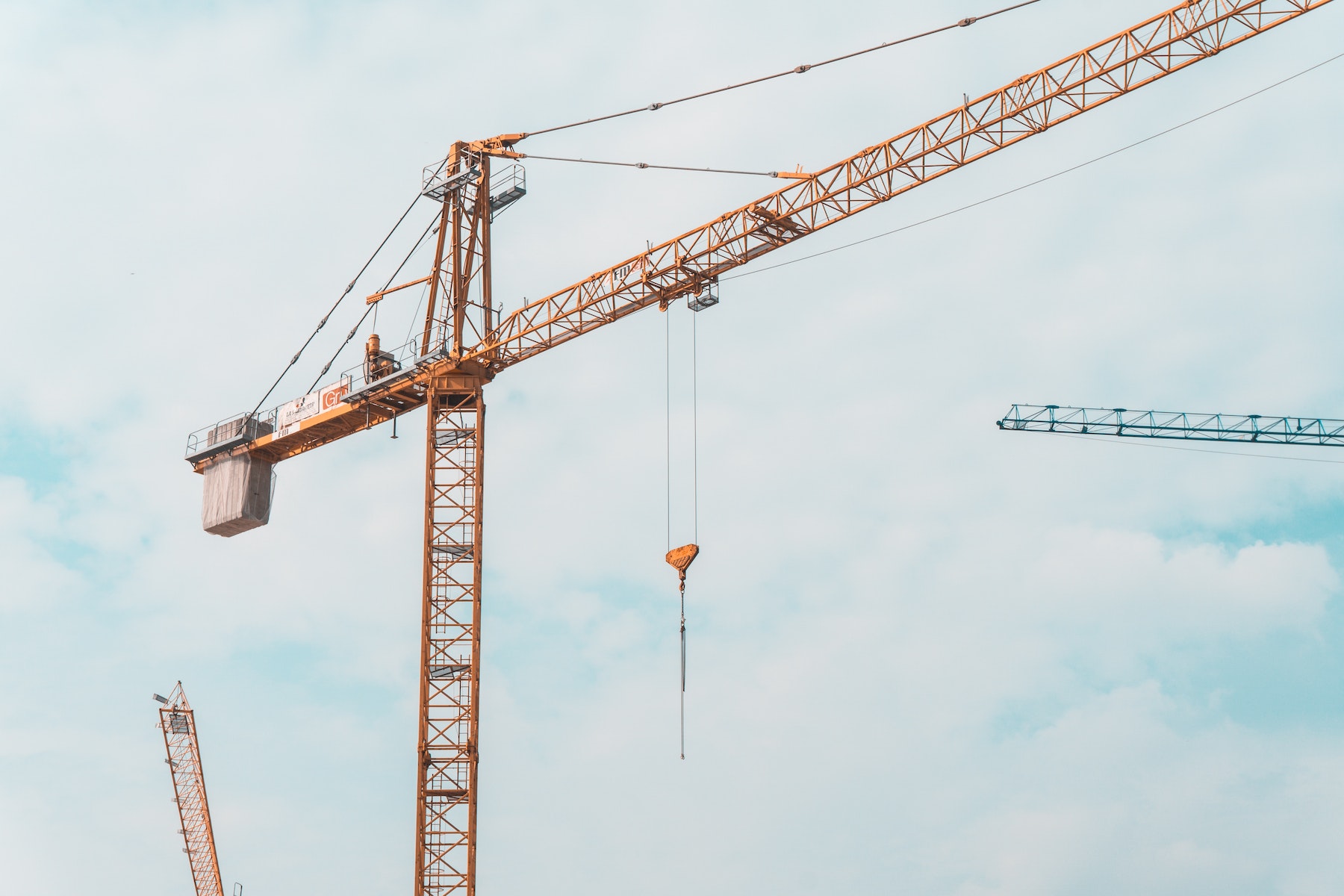 Industrial activity in 2021 was directly responsible for emitting 9.4 Gt of CO2, accounting for a quarter of global emissions (not including indirect emissions from electricity used for industrial processes). In the Net Zero Emissions by 2050 Scenario, industrial emissions fall to about 7 Gt CO2 by 2030 – despite expected industrial production growth. Modest improvements have already been made in energy efficiency and in renewable energy uptake, and some positive policy and innovation steps have also been taken. Progress is occurring far too slowly, however. Greater material and energy efficiency, more rapid uptake of renewable fuels, and faster development and deployment of low-carbon production processes – including carbon capture and storage and hydrogen – are all critical requirements. Governments can accelerate progress, including by reducing risks associated with developing new technologies and adopting mandatory CO2 emission reduction and energy efficiency policies.

Industrial emissions have risen by more than 70% since 2000 as a result of increasing global demand for industrial goods coupled with more modest increases in energy efficiency. Emissions temporarily stopped growing during the Covid-19 pandemic, but have since rebounded and exceeded their pre-pandemic levels, with 3% growth in 2021. In order to get on track with the Net Zero Scenario, industry’s total direct emissions must decline by nearly a quarter to 2030, or about 3% per year on average, requiring accelerated policy action.

The industrial sector accounted for 38% (169 EJ) of total global final energy use in 2021, as compared with 33% in 2000 (this includes energy used for blast furnaces and coke ovens, as well as feedstocks, which are listed as separate categories in the IEA energy balance). Growth in energy consumption over the past decade has been driven largely by an ongoing trend of rising production in energy-intensive industry subsectors.

Fossil fuels remain the dominant source of energy for industry – near zero emission energy use is increasing, but more slowly than is needed

Meanwhile, industrial energy productivity (industrial value added per unit of energy input) has risen in most regions since 2000, mainly from the deployment of state-of-the-art technologies, use of more efficient equipment, and a structural shift towards a larger share of added value from high value-added light industry (e.g., electronics).

To reach Net Zero Scenario milestones, growth in the sector’s total energy use must be limited to less than 0.5% per year to 2030, while industrial energy productivity has to increase by about 3% per year to 2030.

The industrial sector’s energy mix has remained relatively unchanged overall since 2010. The fossil fuel share of the energy mix decreased from 72% in 2010 to 68% in 2021. Electricity was responsible for much of that decline, rising from a share of 19% to 21%, largely from higher activity in light industries. To get on track with the Net Zero Scenario, electricity use must climb to nearly 30% by 2030.

Industrial activity has grown at an astonishing pace in the past two decades, driven by increases in demand for industrial goods from a larger global population and economy. Historically, this trend has been common but not uniform, suggesting that growth and industrial production are not unavoidably tied, particularly as economies reach economic maturity. Material demand in China is expected to level off by the mid-2020s, but this is likely to be offset by growth in demand from other emerging markets.

Decoupling material demand from economic and population growth can help curb CO2 emissions from production, and steps should be taken to pursue this through material efficiency strategies. For instance, in the Net Zero Scenario, demand for steel, cement and aluminium in 2030 are 5-10% lower relative to a baseline scenario. This decrease comes from changes across supply chains, including: use phase reductions (such as extending building lifetimes through refurbishment and reducing vehicle demand through mode-shifting); better product design and fabrication strategies; and end-of-life reuse and higher manufacturing yields.

The Net Zero Scenario sees technological development along a number of pathways, including production methods incorporating hydrogen, carbon capture, use and storage (CCUS), direct electrification and other innovative methods unique to certain products (inert anodes for aluminium, for example). The result is increased deployment of all of these technologies by 2030, including commercialisation and early deployment.

Electricity increases from 21% of the sector’s final consumption to nearly 30% by 2030, with a greater proportion of that electricity coming from near zero emission sources. Hydrogen demand increases substantially from 55 Mt in 2021 to about 85 Mt in 2030. CO2 captured through CCUS sees an enormous increase from 4 Mt in 2021 to about 300 Mt to 2030. Implementation of other innovative production methods varies widely by industry – the pages on industry subsectors elaborate on deployment.

Many industrial processes involve chemical reactions and high-temperature heat that cannot be fully decarbonised with current commercially available technology. Around 60% of heavy industry emission reductions by 2050 in the Net Zero Scenario come from technologies that have been proven to work, but are not currently market-ready. Numerous efforts in industrial innovation are underway around the world (see the pages on cement, steel, chemicals, aluminium and paper for further details). Major highlights from 2021 include the first shipment of fossil-free steel, and two separate test batches of aluminium from inert anodes.

The innovation efforts of recent years are promising and most key near zero emission technologies are currently expected to see commercial market penetration between the mid 2020s and the early 2030s. However, as it is critical to ensure that near zero production methods are implemented in production lines in the next investment cycle, this may not be fast enough for some technologies. Hastening the development and deployment of key low emission technologies by ensuring R&D and demonstration efforts are sufficiently funded will be critical to put the industrial sector on a Net Zero Scenario trajectory.

Innovation is underway in many near zero emission industrial technologies, but progress must be accelerated

The Net Zero Scenario implies a deployment rate of nearly twenty new hydrogen-based industrial plants, carbon capture and storage on about forty additional heavy industrial plants, and more than 10 GW of additional electrolyser capacity at industrial sites on average per year until 2030, after which that rate becomes even higher. Near-zero emission technology is contingent upon the planning and deployment of supporting infrastructure. Transmission grids and generation capacity for near zero emissions electricity are already in place, but will require substantial expansion. For more novel technologies like hydrogen carbon capture and storage, essential supporting infrastructure – hydrogen production and distribution and CO2 transport and storage – is lacking altogether in many places, which could significantly slow deployment. Efforts to plan and develop this infrastructure should begin immediately so they will be ready in time for large-scale technology deployment from 2030 onwards, with industrial clusters being obvious starting points.

The following emission reduction policies and initiatives are notable examples of progress, which could be emulated in other jurisdictions:

While policies covering industry continue to develop, stronger policy ambition is needed to get on track with the Net Zero Scenario

Investment in energy efficiency in industry has been on a moderate upward trend, but needs to increase to follow the Net Zero Scenario

Massive recovery packages targeting energy efficiency in Europe sustained investment levels in 2021, compounded by new national laws, support packages (e.g. the climate change and energy transition law in Spain) and green procurement commitments. In France the decarbonisation roadmap for the chemicals sector was adopted and Arcelor-Mittal announced a series of investments with public support to replace coal-fired furnaces with electric and hydrogen-based furnaces in Europe. Sustainable and transition finance is increasingly being considered to help decarbonise the sector. In exchange for commitments aligned with the Paris Agreement, the Japanese government has published basic guidelines and roadmaps to help industrial groups access sustainability-linked debt funding.

Notable recent developments in international collaboration on industry include the following:

Countries are increasingly undertaking mutually-beneficial cooperation towards decarbonising industry, although much work remains to be done

Sectoral initiatives in industry are expanding, including the following recent developments:

Rather than reacting to government policies, many firms and industry organisations have begun to take direct action on emissions

Governments can promote CO2 emission reduction efforts by adopting industrial-sector transition plans and mandatory emissions policies, for example a carbon price that makes certain exceptions for industry. Such policies will be important both in the short term – to incentivise low-cost abatement like switching electricity generation from coal to renewables – and in the long term, as even with low stringency they can an provide an incentive for industries to invest in low-carbon production methods, and give a signal encouraging preparation and adaptation as stringency increases over time.

Ideally, governments would make efforts to apply mandatory policies globally at a similar level, but if the strength of international action differs, measures such as special provisions in emission reduction policies or carbon border adjustments might be considered to help prevent carbon leakage. Further international endeavours will be essential. This might include participation in multilateral forums to negotiate sectoral agreements, facilitate low-carbon technology transfer and provide international finance to assist the transition in developing economies.

The next investment cycle could have an enormous impact on the trajectory of emissions from industry in the next three decades, and action today is needed to lay the groundwork for a smooth transition. Policy makers should consider mandating retrofit-ready builds and promoting refurbishment to near zero emission technologies. Meanwhile, increased compliance with clean finance frameworks mentioned in private sector strategies can limit risk to both investors and producers.

Ensuring co-ordinated planning and public financing for the infrastructure needed for near zero emission technology will also be essential.

Create a market for near zero emission industrial products to incentivise uptake and development of innovative production processes, and develop supporting infrastructure

Innovation in the 2020s will be critical to develop and reduce the costs of industrial processes and technologies that could enable substantial emissions cuts post-2030. Increased support for R&D and demonstration is needed from governments and financial investors, particularly to advance the large-scale demonstration and deployment of technologies that have already shown promise. Public-private partnerships can help with this objective.

Deployment of best available technologies can help improve industrial energy efficiency and should be pursued when economical, keeping in mind the longer term need to transition to breakthrough near zero emissions technologies. More efficient use of energy – such as through waste heat and gas recovery and cogeneration technologies, and improvements in operational energy efficiency – can lower emissions while also reducing the cost of inputs for industry.

Actors all along the value chain can implement material efficiency strategies – such as by shifting towards secondary (recycled) production; considering life cycle emissions when designing products and construction projects; reducing waste during manufacturing and construction; and developing circular economy-based business models. Government actions like adopting energy and material efficiency targets and regulations will be needed to accelerate the process.

Improving the collection, transparency and accessibility of energy performance and CO2 emission statistics on industry would facilitate research, regulatory and monitoring activity. Industry participation and government co‑ordination are both important to improve data collection and reporting. Governments also need to clarify avenues for greater data sharing in a way that will not put industries at risk of breaching competition laws.

An unsung but nevertheless critical area of decarbonisation for industry is to ensure that definitions and standards are agreed upon – ideally internationally – for “near zero emission” materials production. Clear and widely accepted definitions (elaborated on in the IEA’s Net Zero for Heavy Industry in the G7 Report) will be required to provide clarity between different private and public actors; facilitate targeted policy support for near zero emission technologies and measures, such as the demand creation mechanisms mentioned above; and to track the market penetration of near zero industrial products.

The Industrial Energy-Related Technologies and Systems Technology Collaboration Programme (IETS TCP) fosters international co‑operation on accelerated research and technology development of energy-related industrial technologies and systems, with a primary focus on end-use technologies. Goals and findings of its current and past research projects (called annexes) are available on the IETS TCP website.