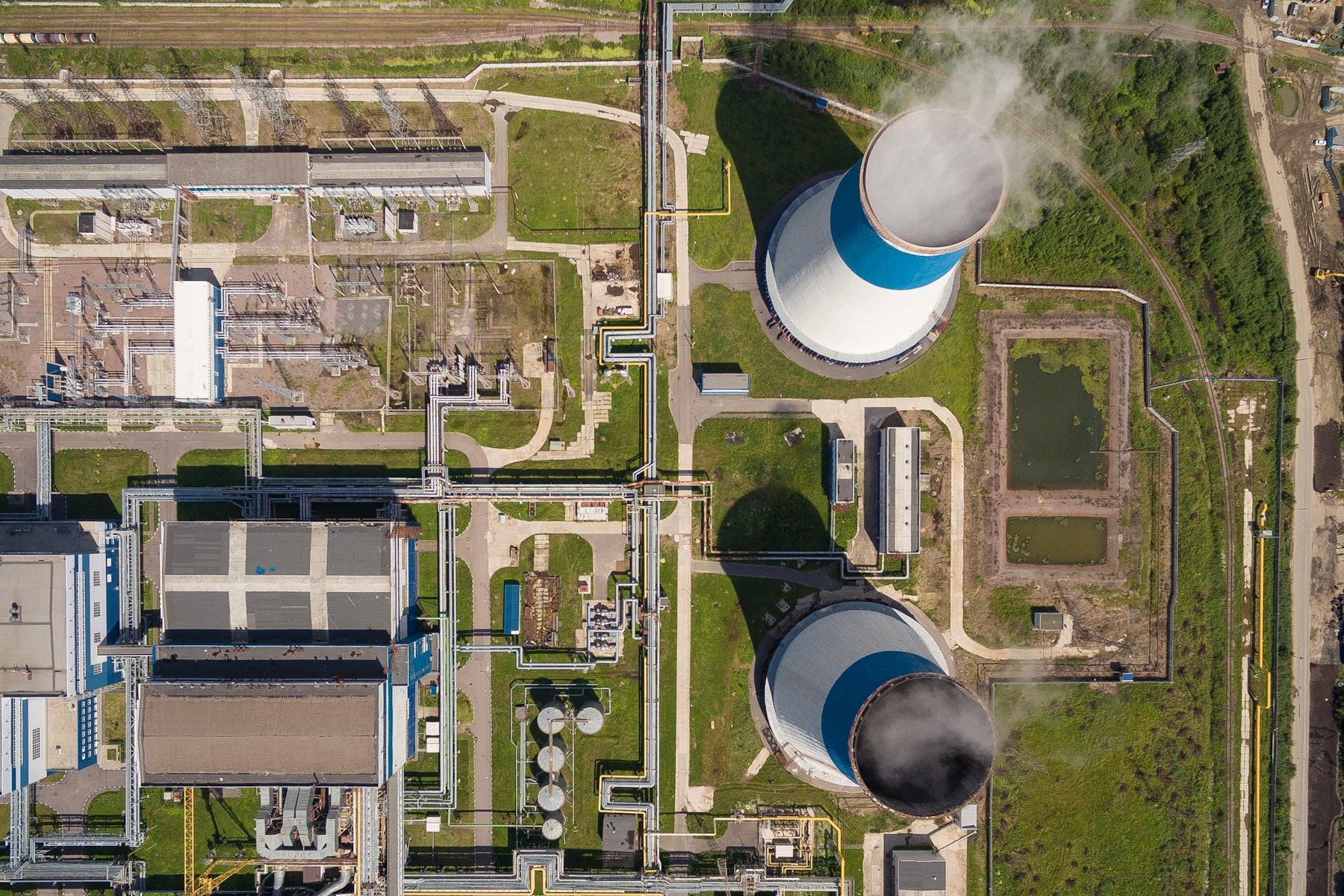 Nuclear power is an important low-emission source of electricity, providing about 10% of global electricity generation. For those countries where it is accepted, it can complement renewables in cutting power sector emissions while also contributing to electricity security as a dispatchable power source. It is also capable of producing low-emission heat and hydrogen. More efforts are needed to get nuclear power on track with the Net Zero Emissions by 2050 Scenario. Lifetime extensions of existing nuclear power plants are one of the most cost-effective sources of low-emission electricity, but further action is needed to take full advantage of these opportunities. Additional effort to support innovation in nuclear power, including small modular reactors, will help expand the range of low-emission options and widen the path to net zero power.

Nuclear power has been a part of electricity supply for more than 50 years, and over that period has avoided around 66 Gt of CO2 emissions globally by reducing the need for coal, natural gas and oil. Without nuclear power, power sector CO2 emissions in advanced economies would have been 20% higher over the past 50 years, led by the United States and European Union. Emerging market and developing economies have recently seen strong growth in nuclear power, led by China and India, helping to cut some 9 Gt of emissions to date.

Nuclear power has avoided about 66 Gt of CO2 emissions over the past 50 years, concentrated in long-time market leaders

To get on track with the Net Zero Scenario, nuclear power will need to continue expanding to reduce the need for unabated fossil fuels, in addition to rising power output from renewables.

In 2021 nuclear power capacity declined by almost 3 GW globally, as newly completed reactors were not able to compensate for over 8 GW of retirements. Emerging market and developing economies accounted for all the new capacity while the majority of these permanent shutdowns were in Germany, the United Kingdom and the United States, which are all G7 members.

To get on track with the Net Zero Scenario, global nuclear capacity would need to expand by about 10 GW per year to 2030. Prioritising lifetime extensions in G7 members would bolster the low-emissions foundation in place and make the most of new nuclear capacity.

In 2021, six large-scale nuclear reactors came online and started operations with a combined capacity of 5.6 GW. All the new reactors were located in emerging market and developing economies, with China adding the most nuclear capacity in each of the last nine years. A new wave of nuclear construction in all active markets open to the technology, including in advanced economies, will be key to offset retirements and get onto the Net Zero Scenario trajectory, stepping up global nuclear power capacity additions to almost 17 GW per year in the 2020s.

The ambitions reflected in net zero targets have encouraged innovation in nuclear power technologies, such as small modular reactors (SMRs), which have a smaller size of under 300 MW per reactor, down to 10 MW. SMRs hold the promise of being more affordable, and easier and faster to build than conventional large reactors. Close to 70 designs are currently under development. SMRs can potentially be factory-built and transported to the final location, shortening project timelines and potentially reducing construction risk and financing costs. As power systems decarbonise and solar and wind shares increase, SMRs could become a key way to meet rising flexibility needs in power generation. They can also be used for heat and hydrogen production.

Government support in the past two years has increased substantially, running well into the billions of US dollars, ten times higher than support just a few years ago. This support is unlocking private investment. Examples include:

SMRs can also benefit from policy and regulatory reforms that streamline licensing and regulatory frameworks. Alongside learning from the first commercial-scale projects, these measures would drive down the cost of new projects.

In order to meet the timelines required for widespread use in decarbonised systems, SMRs will also require further technological advancements. Generation III technologies, which focus on enhanced safety, include concepts already under construction that are expected to come online by 2030. Generation IV SMRs, which include liquid metal-cooled, molten salt-cooled and gas-cooled designs, are generally less advanced and therefore require the most development. Their ability to reach higher temperatures and potentially recycle used nuclear fuel makes them attractive technologies, provided progress continues within required timelines. SMRs may be ready for full commercialisation by the mid-2030s, in time to add to the decarbonising power systems needed by target dates.

New nuclear technologies, such as small modular reactors, can bolster the role of nuclear power

Beyond electricity, opportunities for nuclear power could expand where other technologies make progress, including hydrogen production technologies and expansion of district heating networks. Tapping into these markets could enable nuclear power to fulfil its full potential in energy transitions.

Although most hydrogen today is made by steam reforming of natural gas or from coal gasification, demand for large volumes of low-emission hydrogen in the Net Zero Scenario provides new opportunities for nuclear power. This can be done multiple ways, but the most technologically advanced option is to couple nuclear reactors with electrolysers. Applications to create hydrogen directly from nuclear power without the need for electrolysis are also being developed. High-temperature thermochemical hydrogen production uses the heat directly from the nuclear unit to split water into hydrogen and oxygen. These systems are able to achieve efficiencies over 40%, higher than even the most advanced electrolysis models that reach 30%, thereby reducing the overall cost of hydrogen production.

In the Net Zero Scenario, demand for low-emission heat in district heating systems increases significantly due to the need to replace fossil fuel-based heating. Investment in low-emission sources of heat rises from USD 20 billion per year in the 2020s to over USD 30 billion per year in the 2030s. Current reactor designs are already well adapted to providing district heating, and the smaller scale of SMRs means more localised district heat production could be possible. Moreover, the excess thermal energy created by nuclear electricity production can be injected into heating networks in a co-generation plant setup, significantly reducing the need for additional power plants.

To reduce emissions in the power sector while simultaneously ensuring energy security, market designs need to adequately value both low-emission power generation and the full range of services needed from generation technologies. Nuclear’s ability to provide low-emission, dispatchable and flexible power boost its value to the system. As decarbonisation increases, these attributes become even more important and valuable to power systems. Carbon pricing puts an explicit value on the low emissions benefits of nuclear power and, as of early 2022, CO2 emissions trading systems have been implemented in several electricity markets, including the European Union, a group of states in the northeastern United States and California, and China. Market designs must adequately remunerate the capacity and ancillary services nuclear is able to provide, with some countries have already embedding them in their marginal cost of electricity. Capacity mechanisms, which remunerate generators for making capacity available, are common in US markets and have been introduced in some European countries, including France and the United Kingdom. Ancillary service markets are established in more markets around the world and are evolving to reflect changing systems, including in US markets, European countries, Canada, Korea, Chile and China.

Energy security concerns, particularly in the wake of Russia’s invasion of Ukraine, have also been linked to recent nuclear policy changes. In the United States, France, Belgium, Korea and other countries, the lifetime extension of existing nuclear reactors has been approved or signalled. In addition, investment in new large-scale nuclear projects has also been announced, signalling at least six new reactors in France, eight in the United Kingdom, ten in India, and a goal of 70 GW by 2025 in China. Innovative financing mechanisms, including the Regulated Asset Base model in the United Kingdom, are also important means to unlock investment and get nuclear power on track with the Net Zero Scenario.

In 2016-2020 investment in nuclear was over USD 35 billion per year on average, spread over a number of regions. To accord with the Net Zero Scenario, nuclear investment needs to scale up to well over USD 100 billion per year in the late 2020s, more than triple the recent level. To achieve this objective, it will be critical for governments to reduce risks for nuclear power wherever possible.

Support SMR demonstration projects with direct measures for financing, but also targeted at investment in essential R&D capabilities, talent and the development of licensing frameworks.

Promote efficient and effective safety regulation. Alongside appropriate waste management, safety regulations remain a crucial aspect of ensuring safe nuclear power generation continues. This requires regulators to have the resources and skills needed to review new projects and develop harmonised safety criteria for new designs. By engaging with both developers and the public, they can ensure that licensing requirements are clearly communicated to all parties.

Accelerate the development and deployment of SMRs. Identify opportunities where SMR technologies can become a cost-effective low-emission source of electricity, heat and hydrogen. Funding and investment support for demonstration projects, as well as developing supply chains, will strengthen SMR industries and promote earlier deployment.

Co-lead public engagement with all relevant stakeholders and in particular local communities where SMRs are expected to be deployed.

International collaboration can accelerate the path to commercialisation for new nuclear technologies, and lower their costs more quickly. Coordinating the development of new designs and construction of commercial-scale projects avoids duplication, which creates unnecessary costs and slows innovation. In nuclear power, regulation and approval of new designs is one area that could greatly benefit from international collaboration. Collectively reviewing and approving designs, for example, could shorten the time to market and reduce the costs to private companies of accessing multiple markets. This could also enable industry players to standardise processes, leading to faster implementation and lower project management costs. In instances where SMRs may be factory built and delivered largely intact to operational sites, planned collaboration across industry, regulators and legislators can reduce logistical obstacles.

Development timelines for nuclear power can be shortened through international collaboration