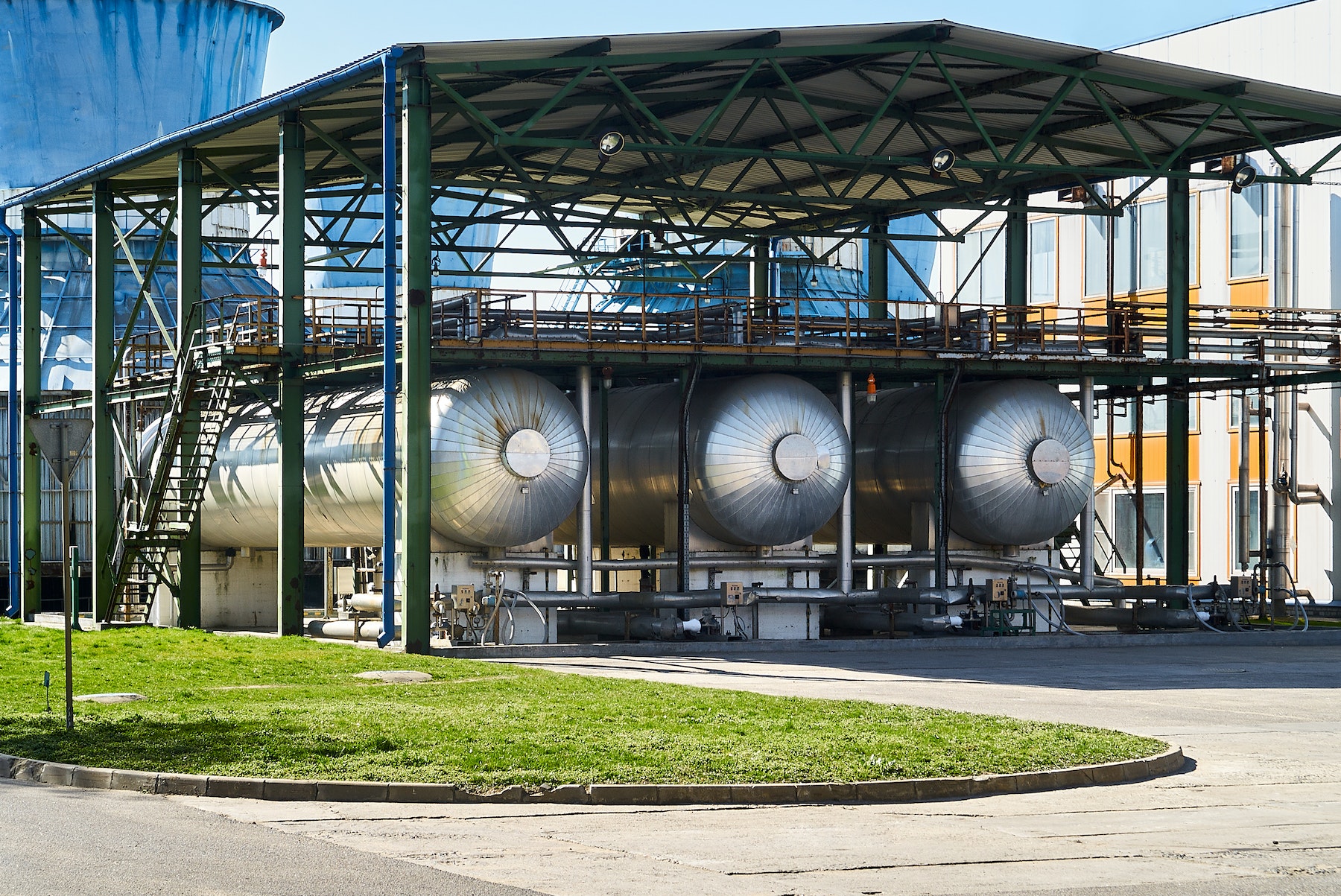 Two commercial power plants have been equipped with CCUS, with a combined capture capacity of 2.4 MtCO2 per year (one facility, the Petra Nova coal-fired power generation plant in the United States, has temporarily suspended CO2 capture operations in response to low oil prices). This is well off track to reach the 2030 SDS level of 310 MtCO2 per year. Prior to the Covid-19 crisis, CCUS was gaining new momentum. In 2020, 8 new CCUS-equipped power plants were announced, spurred primarily by new investment incentives in the United States, bringing the total to 20 power plants in development globally. As with other clean-energy investments, CCUS projects now face considerable challenges. CCUS applied to power is at an early stage of commercialisation, so securing investments will require complementary and targeted policy measures such as tax credits and grant funding.

Read the IEA's analysis of Covid-19's impact on clean energy progress in CCUS.

Despite growing recognition that CCUS is an important part of the portfolio of emissions mitigation technologies, its deployment in the power sector remains off track.

The Petra Nova project in Texas has been operating successfully since 2017, having benefited from USD 163 million in stimulus funding following the global financial crisis. The retrofit project is the largest post-combustion carbon capture system installed on a coal-fired power plant. It can capture up to 1.4 MtCO2 annually for use in enhanced oil recovery (EOR), which uses injected CO2 to extract oil that is otherwise non-recoverable.

Both the Boundary Dam CCUS project in Saskatchewan, Canada, which started operations in 2014, and Petra Nova are providing critical experience to induce future cost reductions. A feasibility study by the International CCS Knowledge Centre, based on Boundary Dam data and costs, suggests that a second-generation capture facility could be built with 67% lower capital costs, at a cost of USD 45/tCO2 captured and a CO2 capture rate of up to 95%.

Both the Boundary Dam and Petra Nova projects are retrofits and being able to cost-competitively retrofit existing plants will be important to meet global climate and energy goals. The average age of coal-fired power plants in Asia is only 13 years, and new plants continue to be built around the world, particularly in Asia. Retrofitting these plants with CCUS could address both economic and emissions challenges, allowing plants to be operated while recovering investments and reducing their carbon footprint.

Including a gas-fired power plant in the United States that was announced in April 2020, 20 CCUS power generation projects are currently under development. Eleven of the 20 projects are in the United States;1 three are in China and the United Kingdom, respectively, as well as one each in Ireland, Korea and the Netherlands. Seven of the projects in development relate to gas-fired power, one involves converting a gas-fired plant to hydrogen, two relate to biomass and waste based power generation, and the remainder plan to apply CCUS to existing or new coal-fired power plants.

CCUS-equipped power plants have the potential to act as “anchor projects” for the development of industrial CCUS hubs, with large quantities of CO2 creating economies of scale for shared infrastructure development. In the United Kingdom, CCUS-retrofitting of the Drax bioenergy power plant could support plans for a net-zero industrial cluster in the Humber region, while the Clean Gas Project is proposed as part of development of an industrial CCUS cluster in Tees Valley.

The two large-scale CCUS power projects operational today and the 20 in development have a potential combined capture capacity of more than 50 MtCO2 per year. Nevertheless, the capture and storage rate and the number of projects receiving final investment decisions would need to increase substantially to meet the 2030 Sustainable Development Scenario (SDS) level of 310 MtCO2 captured annually from power generation.

Higher CO2 capture rates will increasingly be required in the transition to a net-zero energy system. CCUS power plants operating today capture around 90% of the CO2 from the flue gas, but future plants could be designed to capture 99% or more. While there are no technical barriers to increase capture rates beyond 90% for most mature capture technologies, a better understanding of the necessary modifications and associated costs is needed. First results are promising: according to a study by the IEAGHG, CO2 capture rates as high as 99% can be achieved at a relatively low additional marginal cost compared with 90% capture. For instance, increasing CO2 capture rates from 90% to over 99% using chemical absorption technologies increases capture costs by 4% for coal-based and around 10% for gas-based power generation2.

Higher CO2 capture rates are possible and will be increasingly important

Several other technological innovations that have been proposed to reduce CCUS costs are now being tested at pilot scale.

FuelCell Energy has developed the means to capture CO2 as a concentrated stream from an integrated system that combines molten carbonate fuel cells with fossil fuel-fired power plants. The system, in which the flue gas stream of a host coal- or gas-fired power plant is fed into the fuel cells, is not only highly efficient but also generates additional electricity, circumventing the parasitic load cost associated with traditional carbon capture on power plants.

Combining bioenergy with CCUS is also important for its potential to deliver negative emissions, offsetting emissions in harder-to-abate sectors. Drax’s bioenergy CO2 capture pilot project in the United Kingdom is a world-first demonstration capturing CO2 from a power plant fuelled by 100% biomass feedstock. The pilot, capturing 1 tCO2 per day, commenced operations in early 2019, and if successful it could be scaled up to become the world’s first negative-emissions power station.

Promising technological innovations are being demonstrated

Many countries are increasing their support for CCUS development and deployment, including Canada, China, Japan, the Netherlands, Norway, Saudi Arabia, the United Kingdom and the United States. In March 2020, the United Kingdom confirmed its pledge to invest GBP 800 million (USD 995 million) in CCUS infrastructure, including at least one gas-fired power plant.

The United States introduced a significant CCUS investment stimulus in 2018 with legislation to expand and enhance its 45Q tax credit. It will provide up to USD 50 per tonne of CO2 permanently stored in geological formations and USD 35 per tonne of CO2 used for EOR or other industrial uses, provided emissions reductions can be clearly demonstrated (i.e. as having been permanently removed from the atmosphere).

Notwithstanding this increase in policy support, many planned projects will face increased uncertainty and near-term investment challenges in the wake of the Covid‑19 crisis. Almost half of the CCUS-equipped power projects in development plan to sell the captured CO2 for EOR, but the CO2 price is typically indexed to the oil price, which collapsed in 2020. Many large oil and gas companies are also scaling back 2020 investment plans.

Including CCUS in stimulus packages could give CCUS deployment an important boost in the near term while laying the foundation for significant future emissions reductions. However, stimulus programmes for CCUS in the wake of the 2008 global financial crisis, which had only limited success in delivering large-scale facilities, can provide important lessons for future programme design.

Several stimulus programmes targeted power generation, particularly coal-fired, which is an important but also a more expensive and complex application of CCUS. These large, first-of-a-kind infrastructure investments typically have multi-year planning and construction schedules, and many proposed projects were unable to meet the strict stimulus programme milestones.

For example, the US FutureGen project aimed to spend USD 1 billion in grant funding in less than five years under the American Recovery and Reinvestment Act, yet took almost four years to navigate the approvals for what was the very first CO2 injection permit for dedicated storage. Flexibility in programme design should therefore be considered when targeting these more complex CCUS facilities.

CCUS-equipped power facilities will also have higher operating costs than unabated plants, and the absence of measures to address these costs contributed to the cancellation of some planned projects, including in the United Kingdom. Tax credits, feed-in-tariffs and public procurement measures could complement capital grant funding in stimulus packages targeting CCUS.

A constant flow of projects – i.e. development through operation – is crucial to raise CCUS capacity globally and induce significant cost reductions. As with other low-carbon technologies, securing investment in CCUS, especially during the early phase of commercialisation, will depend on policy support.

Although a carbon price or tax can provide an important long-term investment signal, boosting early investment will require complementary and targeted policy measures.

A range of policy options, including regulatory levers, market-based frameworks and measures such as tax credits, grant funding, feed-in tariffs and CCUS obligations and certificates, could all support power applications of CCUS, depending on national circumstances and preferences.

Shifting from building stand-alone CCUS facilities with dedicated transport and storage infrastructure to instead developing multi-user hub and cluster facilities to serve industrial and power plants could significantly raise efficiencies and reduce costs.

Exploiting options for CO2 use could also provide a revenue stream for CCUS facilities in the power sector, although this is likely to be limited to EOR (CO2-EOR) in the near term because other uses are currently either highly energy-intensive or their markets are embryonic, or they are still at an early stage of development.

The IEA Greenhouse Gas R&D Technology Collaboration Programme (GHG TCP) aims to be a source of unbiased technical information on technologies that can reduce GHG emissions from fossil fuel use, notably through CCS solutions.

The US Department of Energy invested in nine FEED studies in September 2019 (https://www.energy.gov/fe/foa-2058-front-end-engineering-design-feed-studies-carbon-capture-systems-coal-and-natural-gas).