This project aims to develop a high-speed digital camera for diagnostic applications inside the plasma vessel of a nuclear fusion device (known as a tokomak) under operating conditions. The Event Detection Intelligent Camera (EDICAM) is being designed for use in an advanced superconducting tokamak device in Japan, the JT-60SAwhich is due to begin operation in 2020.

How could this technology be explained to a high-school student?

The EDICAM is a fast camera able to record several movie streams simultaneously and detect changes to the plasma – the superheated matter in a nuclear fusion device – while the camera is running. Using an advanced microchip, the EDICAM system can process data in real time and can detect user-defined events. EDICAM can also be programmed to trigger actions such as changing the camera frame rate, turning data storage on and off, or signaling to external devices.

Development of the EDICAM system for the JU-60SA began in 2017. The camera was delivered to Japan in July 2019 and is ready for operation. First operation of EDICAM with the JT-60SA is foreseen in 2020. 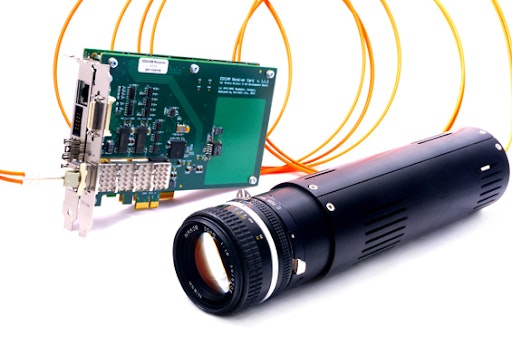 The above partners are funding this project.

About the the Technology Collaboration Programme on Tokamaks (CTP TCP)

Established in 1986, the CTP TCP supports the development of fusion energy by contributing to the physics base of the International Thermonuclear Experimental Reactor (ITER). The TCP provides a forum for the ITER members to co-ordinate tokamak research through scientific and technological exchanges for the purpose of advancing the tokamak concept and supporting ITER physics and technology needs.