One of the key pillars for reaching net-zero emissions is using energy more efficiently.

Our recent special report explores how the global energy sector can reach net-zero emissions by 2050. In the pathway it lays out – the Net-Zero Emissions by 2050 (NZE) Scenario – global energy demand in 2050 is around 8% lower than today but will need to serve an economy more than twice as big and a population with 2 billion more people.

That means each unit of energy will have to achieve more than it does today in terms of heating, cooling, cooking, moving people or things or powering a factory. Improving energy efficiency is a central foundation of a pathway that both meets the needs of a growing and increasingly wealthy global population, and achieves net-zero emissions by 2050.

Many energy efficiency measures in industry, buildings, appliances and transport are known and ready to be put into effect now. That’s why energy efficiency delivers the second largest contribution to bringing down CO2 emissions in the NZE Scenario over the next decade – a cumulative reduction of 13 gigatonnes (Gt) that is only surpassed by the impact of solar PV and wind.

The fast deployment of efficiency technologies results in the primary energy intensity of global GDP2 improving by an average of 4% through 2030 – about three times the average pace of improvement over the last two decades. By 2030, global energy demand is 7% below 2020 levels.

Energy efficiency policies across the globe are already bearing fruit: the average heating and cooling demand per square metre of new buildings decreased by 40% or more in the United States, Europe and China between 2000 and today. In India, the government led UJALA program resulted in LEDs become the best-selling type of lighting, with average efficiencies five times higher than traditional incandescent models. These examples demonstrate how policy levers can rapidly change markets and improve efficiency.

Energy efficiency improvements go hand in hand with electrification. For example, today’s electric cars use on average 70% less energy to travel one kilometre than a conventional car. In the NZE Scenario, rapid electrification and technology efficiency improvements enable the average passenger car to use four times less energy to travel one kilometre in 2050 than today. Meanwhile, the average heavy truck is almost three times more efficient in 2050 than today. Sales of battery-electric and fuel cell trucks rise above 50% of the overall truck market by 2030 in the NZE Scenario. In parallel, the average efficiency of conventional heavy trucks improves by one-third by 2030. Battery-electric and fuel cell trucks dominate the global fleet by 2050.

Highly energy efficient buildings are another solution ready to be scaled up today that reduces CO2 emissions, cuts energy bills and improves home comfort. In the NZE Scenario, all countries adopt building energy codes requiring all new constructions to be zero-carbon-ready3 by 2030. The pace of retrofits of existing buildings more than doubles over the decade, with one in five buildings worldwide retrofitted to be zero-carbon-ready by 2030. Retrofit efforts continue to expand after 2030, with 85% of the global building stock retrofitted to zero-carbon-ready building standards by 2050 (compared with less than 1% today). Electric heat pumps are almost four times more efficient than conventional boilers, and efficiency measures drive up worldwide heat pump installations from 1.5 million a month today to around 5 million by 2030, and 10 million by 2050.

The electrification of all end-use sectors is a major part of global efforts to reach net-zero emissions. But as the use of electricity expands into more and more areas of the economy, ensuring demand doesn’t skyrocket is critical to enable the timely decarbonisation of electricity supply. The NZE Scenario taps into opportunities to improve efficiency and reduce electricity demand growth across all uses, notably through high-efficiency home appliances, air-conditioners, industrial motors and electric vehicles. Achieving the efficiency improvements in the NZE Scenario requires implementation and strengthening of Minimum Energy Performance Standards (MEPS) for all electricity-using equipment during the 2020s. LEDs reach 100% of global lighting sales by 2025. And by the mid-2030s, all electric motors sold for use in industry have best-in-class efficiency – and almost all household appliances sold worldwide are at least equal to the most efficient technologies available today.

On top of technical efficiency improvements and electrification, behaviour changes and strategies to reduce material use (such as design optimisation, waste reduction, recycling, etc) cut final energy use by a further 7% in 2030 and by more than 10% in 2050 in the NZE Scenario. More efficient use of materials, shifting to more efficient modes of transport and energy-saving practices (e.g. indoor temperature control, highway speed limit reduction, line-drying, etc) are stimulated by stricter standards and regulations, infrastructure development and high quality urban planning.

Altogether, energy efficiency, behavioural changes and electrification measures deployed in the NZE Scenario save around 300 EJ of energy demand in 2050.

High-efficiency technologies are ready for action in all sectors

Between 2030 and 2050, the energy intensity of the global economy – or the amount of energy needed for each unit of economic growth – continues to improve by almost 3% per year in the NZE Scenario. That is 70% faster than the average rate of improvement between 2010 and 2020. Progress is nonetheless slower than in the 2020s, as policy action over the current decade drives a major near-term push to reap the unexploited energy efficiency potential across all available technologies.

Additionally, the growing roles of new fuels (such as hydrogen and synthetic fuels) and carbon capture, utilisation and storage tend to increase the amount of energy used in supplying fuels or operating industrial plants, compared with conventional approaches. Despite this, total energy demand falls further between 2030 and 2050, largely thanks to accelerated innovation, digitalisation and system optimisation, which all continue to increase energy productivity.

Reducing energy demand in the long term while maintaining economic growth requires major R&D efforts over the next decade in the NZE Scenario. By the mid-2030s, nearly all appliances, air-conditioners and industrial electric motors sold worldwide are as efficient as the most efficient models available today. But continued R&D means that technology and system performance continues to improve, delivering further gains. For instance, the average electricity usage for a major household appliance falls 15% from 2030 to 2050, while average LED efficiency rises a further 20% between 2030 and 2050. In fuel transformation, the average conversion efficiency of hydrogen electrolysers increases from 65% today to 75% in 2050. These improvements alone reduce global electricity demand in 2050 by almost 2 000 terawatt-hours (TWh) – an amount equivalent to half of total US electricity demand today.

After 2030, further efficiency gains are driven by technologies that are at the demonstration or prototype stage today. Advanced solid-state battery chemistries make inroads in applications that need higher battery energy densities than those available today. This helps to electrify and improve the efficiency of sectors such as long-haul trucking. Meanwhile, high-performance technologies using membrane evaporative cooling provide affordable and more efficient cooling solutions in hot and humid countries. Furthermore, integrated heat pumps with storage are key to ensure flexible and highly efficient heating and cooling.

Digitalisation is also a key enabler of energy efficiency improvements across all end uses and technologies, with the NZE Scenario requiring rapid increases in the use and performance of energy management systems and connected equipment. By 2050, most homes, offices and industrial facilities are connected via communication networks, with smart controls, sensors and artificial intelligence allowing energy demand to be optimised. Examples include either charging your car at night when everyone is asleep or at the height of a summer day when solar PV production is in excess. In the buildings sector alone, digitalisation and smart controls enable efficiency gains that reduce emissions by 350 million tonnes (Mt) of CO2 by 2050.

The massive increase in clean energy investment in the NZE Scenario creates 14 million jobs in clean energy supply by 2030, more than offsetting the loss of around 5 million jobs in fossil fuel supply as demand declines. A further 16 million jobs are created thanks to additional spending on more efficient appliances, electric and fuel cell vehicles, building retrofits and energy efficient construction. In addition to the direct employment impact, our joint analysis with the International Monetary Fund shows that global GDP is 4% higher in 2030 in the NZE Scenario than it would be based on current trends.

Energy efficiency progress in the NZE Scenario also greatly improves the quality of life for millions of people across the world. Today, over 2.3 billion people globally rely on traditional use of solid biomass for cooking and heating at home. This is unsustainable, with major implications for health, time spent collecting fuel, and environmental impacts such as deforestation. Achieving universal access to clean cooking by 2030 in the NZE Scenario reduces premature deaths related to indoor air pollution by 2.5 million per year while at the same time improving energy efficiency. Cooking a meal with a modern stove typically uses five times less energy than traditional use of biomass. More efficient and electrified cars, industrial plants and power plants also reduce outdoor air pollution.

In tandem with the insights provided by our analytical work, the IEA has for years been leading and supporting efforts to accelerate global energy efficiency progress in practice. The Global Commission for Urgent Action on Energy Efficiency – a high-level group including national leaders, government ministers and top business executives convened by the IEA Executive Director – leveraged the IEA’s analysis to deliver a set of key recommendations in June 2020 on how governments can rapidly accelerate efficiency progress through new and stronger policies.

Our work has underlined the role that energy efficiency can play in economic recoveries to protect and create jobs, stimulate growth and lock in long-term emissions reductions and savings on energy bills. The Global Commission’s recommendations continue to inform the IEA’s work programme. For example, one recommendation was to collaborate globally on appliance standards because they are one of the most cost-effective tools available to governments, and the IEA is playing a key role in this through the Super-Efficient Appliances Deployment initiative. The IEA also trains energy efficiency policy makers and practitioners around the world, with online sessions and specific courses for energy efficiency in emerging economies. This is just part of our growing work on energy efficiency, ranging from analysis and tracking to policy advice and exchange of best practice, with a focus on implementation of strong policies to deliver energy, environmental and economic benefits.

The IEA remains committed to providing its expertise where it is most needed across the energy sector to unlock the energy efficiency improvements to ensure a prosperous path to net zero.

Comparable 1.5°C scenarios refer to scenarios assessed by the IPCC in the SR1.5 that have at least a 50% chance of limiting the average rise of global temperatures in 2100 to 1.5°C, and achieve net-zero energy sector and industrial process CO2 emissions in 2050.

A zero-carbon-ready building is highly energy efficient and uses either renewable energy directly or from an energy supply that will be fully decarbonised by 2050 in the NZE (such as electricity or district heat). 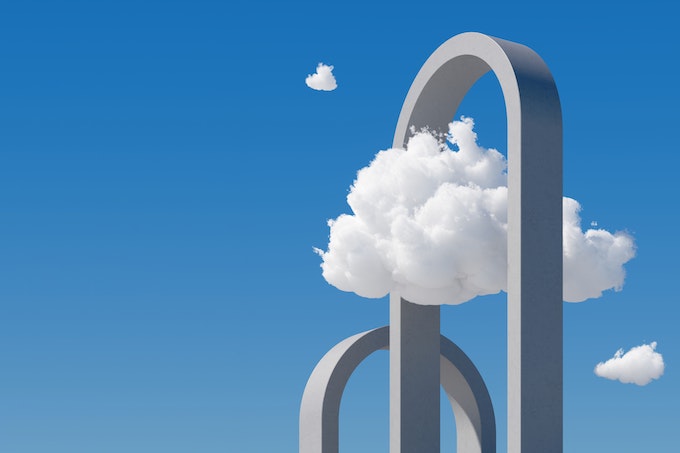