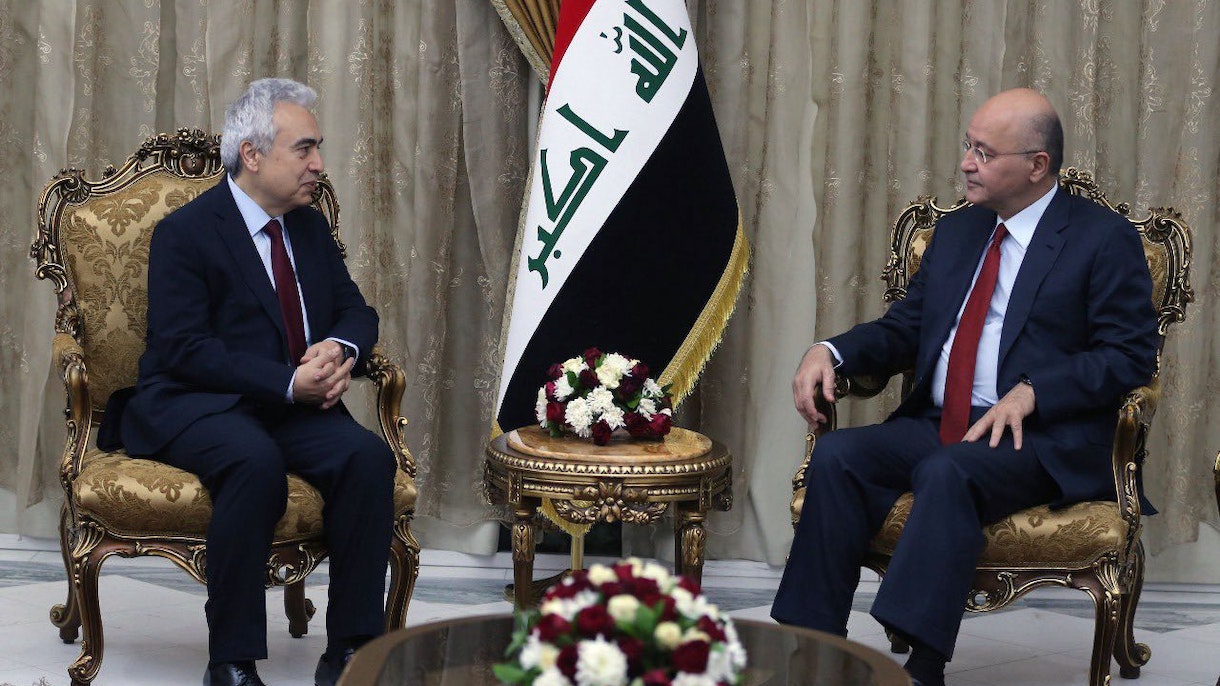 BAGHDAD – Iraq, one of the world's biggest energy producers, can address its current electricity shortfall and growing power needs through immediate action to relieve pressure on the system, according to an in-depth report published Thursday by the International Energy Agency. It also provides a medium-term strategy that makes the best use of the country’s abundant oil and natural gas resources and solar potential.

Despite the extraordinary challenges of war in recent years, Iraq has made impressive gains, nearly doubling the country’s oil production over the past decade. But the turmoil has also undermined the country’s ability to maintain and invest in its power infrastructure. The new IEA report, Iraq’s Energy Sector: A Roadmap to a Brighter Future, maps out immediate practical actions and medium-term measures to tackle the most pressing problems in Iraq’s electricity sector.

The analysis finds Iraq has huge potential to cut its electricity network losses, which are among the highest in the world. Reducing these losses by half would help dramatically improve the efficiency of grid supply, effectively increasing available capacity by one-third.

The report also takes a detailed look at the country’s oil and gas sector. It projects that Iraq’s oil production will grow by 1.3 million barrels a day by 2030, accounting for the third-largest increase globally over the period, and soon becoming the world’s fourth-largest oil producer behind the United States, Saudi Arabia and Russia. The report also notes that more gas can be captured and put to use in efficient power plants. Today, 16 billion cubic meters of gas are flared each year, more than enough to replace Iraq’s current imports.

Dr Fatih Birol, the IEA’s Executive Director met, with Iraqi President Barham Salih on Wednesday in Baghdad, and presented the study’s findings and recommendations. He then met with Prime Minister Adil Abdul-Mahdi to discuss ways forward for the electricity sector, including making best use of Iraq’s significant natural gas and solar resources. On Thursday, Dr Birol will discuss the report at a press conference with Thamir Ghadhban, the Deputy Prime Minister for Energy and Minister of Oil, and Luay Al-Khatteeb, the Minister of Electricity.

The IEA has worked closely with the Iraqi Ministries of Oil and Electricity to produce the report, and would like to thank the ministers and their staff for their cooperation with this study.

“Operating under extremely challenging circumstances, Iraq has done a remarkable job expanding its oil industry,” said Dr Birol. “Today’s urgent issue is to address the national power sector as the summer heatwave approaches by improving grid maintenance, boosting electricity production with larger mobile generators, and incentivising upgrades of power plants. The IEA is pleased to recommend immediate practical actions for the benefit of the entire Iraqi people, and provide a roadmap for a sustainable power system in the medium term.”

Iraq’s electricity demand is set to double between now and 2030, and its shortfall in electricity supply will widen, as the country’s population grows by more than 1 million people each year.

Without changes to the current structure of electricity supply and improvements to the network, domestic generation, imports and neighbourhood generation would need to double by 2030, for a total supply of over 250 TWh. However, there are many opportunities to improve on this outcome through measures such as investing in transmission and distribution to cut network losses.

Promoting the more efficient use of electricity, including by introducing more progressive tariffs, would play an important role in ensuring that the growth in demand during the summer peak does not continue to outpace supply.

Iraq also needs to take advantage of its abundant renewable energy potential.  The analysis shows that expanding the share of solar PV and wind to 30% of electricity supply by 2030 would bring benefits both to the Iraqi consumer, in the form of reduced electricity bills, and to the environment.

Reducing network losses and moving towards an electricity mix where renewables play a more prominent role would free up 9 billion cubic meters of gas for other uses in 2030, plus 450 kb/d of oil for export.

“In addition to oil, Iraq is blessed with some of the richest solar and gas resources in the world but it is yet to take advantage of them,” Dr Birol said. “Turning that potential into fuel for its own economy and for export would help bring about a more sustainable, reliable and affordable energy future.”

The report is the second in-depth study of Iraq’s energy sector following the publication of the Iraq Energy Outlook in 2012.